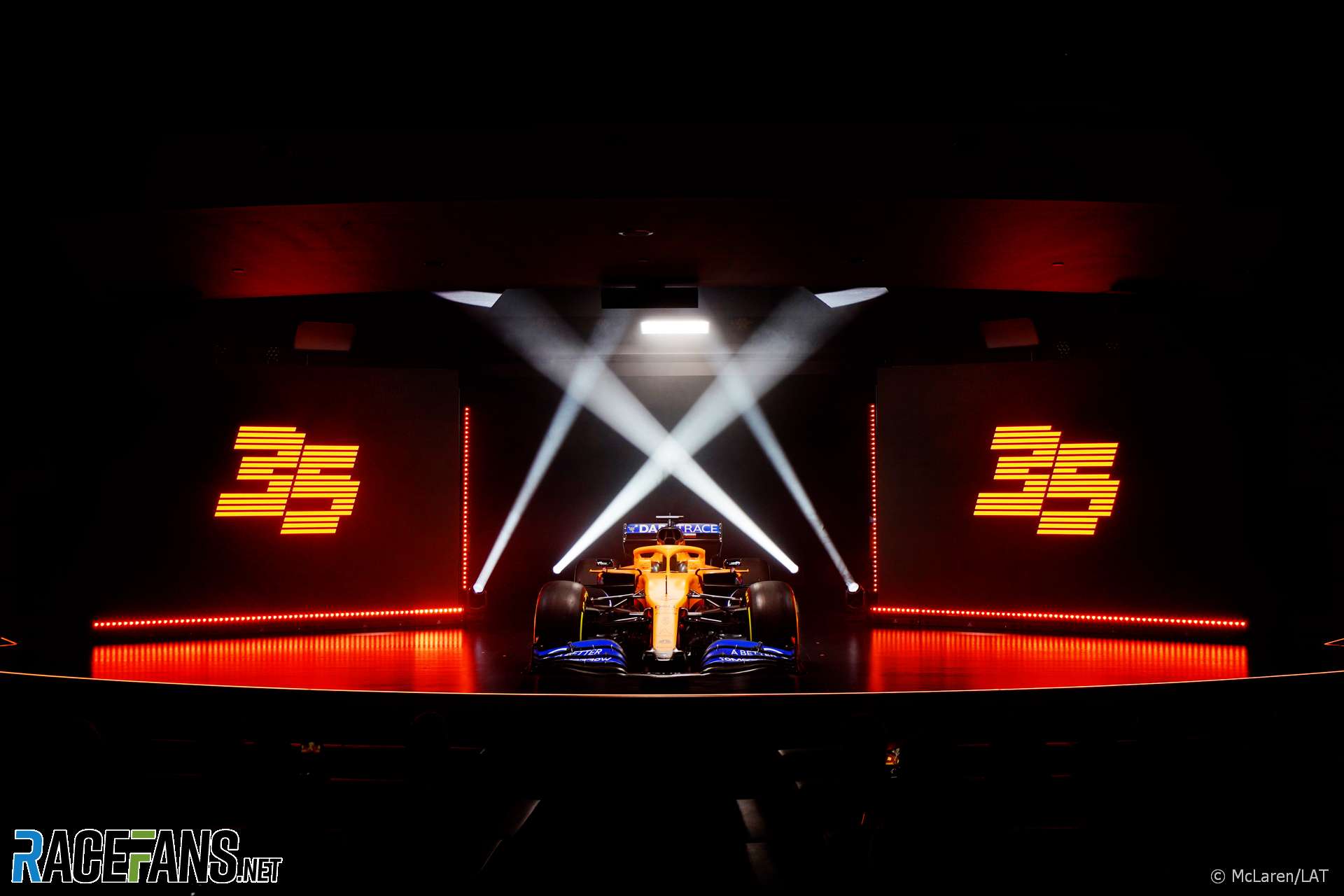 McLaren will launch its new car car for the 2021 F1 season on February 15th.

The team will present the Mercedes-powered MCL35M at 7pm GMT. The car was fired up for the first time on Tuesday, footage of which appeared online yesterday.

McLaren are switching back to Mercedes power for the first time since they moved to Honda power in 2015. It is their third different engine supplier in five years, having used Renault power in the previous three seasons.

Another new addition to the team is driver Daniel Ricciardo, who joins McLaren from Renault. He will be partnered by Lando Norris, who goes into his third season of F1.

Get all the 2021 F1 race weekend, test and launch dates on your mobile device using the RaceFans F1 Calendar

No replacement for Aston Martin as Red Bull’s title sponsor Bottas has nothing to prove alongside “impressive” Russell, says Wolff · RaceFans