McLaren is braced for a fightback from Racing Point in Abu Dhabi despite giving itself the “best opportunity” to overturn the gap for third in the Formula 1 constructors’ championship.

McLaren entered the Abu Dhabi Grand Prix weekend trailing Racing Point by 10 points in the standings in the fight to finish as the top midfield team in 2020.

But it turned in one of its best team qualifying performances of the season on Saturday as Lando Norris and Carlos Sainz Jr qualified fourth and sixth respectively.

Even after such a strong qualifying display, the McLaren drivers were uncertain of their chances to overturn the points deficit and beat Racing Point to third, believing that Perez would be able to recover to the points.

“It’s the best opportunity we have at the moment,” Norris said of McLaren’s qualifying display.

“It’s just the first part. It’s a very small part of it. I think 90% of the work we still have to do is tomorrow. Today is just the tip of it. It’s giving ourselves the best opportunity tomorrow. 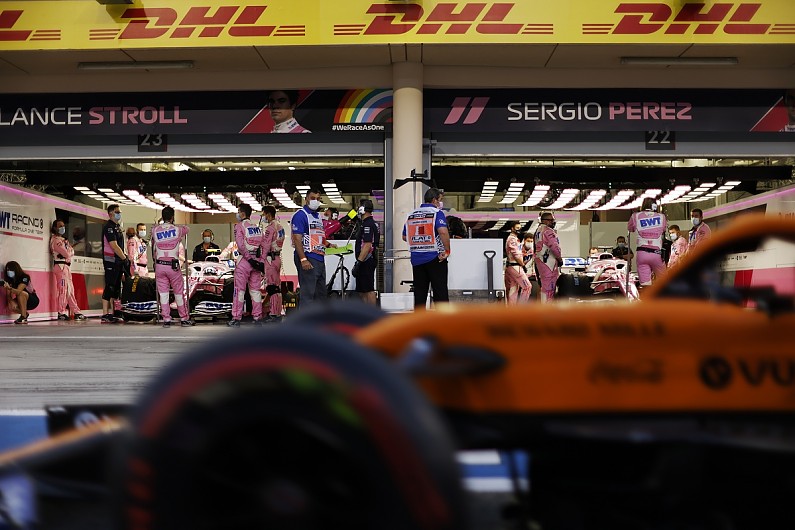 “As we’ve seen over the last five or six weekends, Perez is known from coming last to getting a podium, getting taken out last weekend and ending up winning a race. So it’s not something we have to get relaxed by or be happy with really.

“I don’t think it changes anything. It doesn’t change our decision or anything, we’ll still do everything we can to finish as high up and do what we effectively normally do.”

Ahead of his final appearance for McLaren before joining Ferrari, Sainz said he was “pretty convinced” both Racing Point cars would fight back into the top eight.

“I’m pretty sure they’re going to make it through the field and try and beat us, even though they’re starting a bit out of position,” Sainz said.

“I think there’s still a race on with them, and it’s a matter of maximising our chance. I think we’re going to have to race them and try and finish ahead.

“Checo at least is going to easily go through the field, and Lance is in a very strong position to score good points tomorrow. So [we will] focus on our thing, try and finish near the positions we are starting, or maybe move a bit forward.

“But in the end, it’s going to depend a bit on what the Racing Points do also.”