McLaren’s new MCL35M has still managed to incorporate some “fresh ideas” despite the homologation limits of Formula 1’s 2021 rules, according to technical director James Key.

The Woking-based team revealed its new Mercedes-powered challenger with a digital launch at its factory on Monday night.

While the car features some carry over aspects of last year’s challenger, it has undergone some extensive revisions both to accommodate its new Mercedes engine – having used Renault power units for the past three years – and also to comply with new aero rules.

Although the main focus for the team over the winter was on engine installation, Key said that his design team has worked hard to improve the car’s aerodynamics too as it bids to exploit the nose concept it introduced over the second half of last year.

“There has been an aero push,” said Key.

“Any new set of regs naturally open up fresh opportunities in other areas anyway, so the car does look a bit different.

“There will be some fresh ideas on there. The front of the car from a regulation point of view hasn’t changed at all, but there are developments that we’re still looking at in those areas as well. And that will continue on into the season.

“It would be naive to think that you could kind of just adapt a bit to the reg changes and move on. Everyone’s going to be pushing for sure, so we wanted to make sure we were doing the same.”

Key said that the work McLaren had to do to fit the Mercedes engine was extensive, especially as the layout of the power unit’s split turbine and compressor is different to how Renault laid out its components. 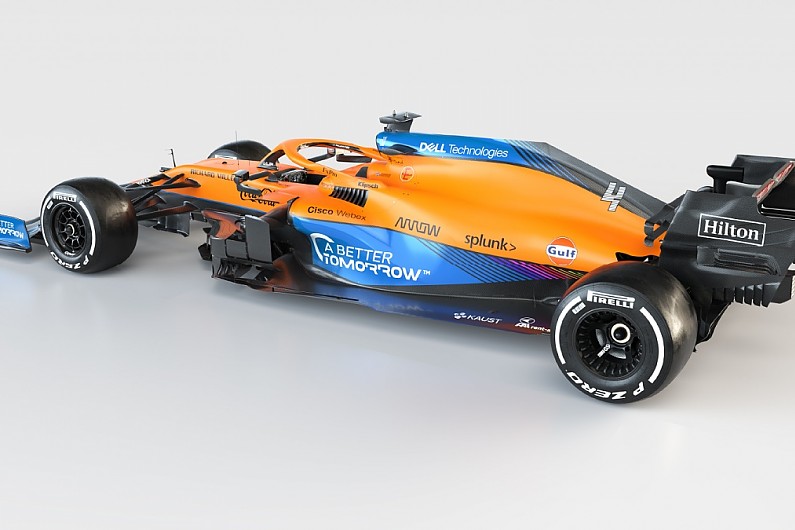 “Every engine installation is really quite different,” he said.

“There is no one solution on how these power units are laid out, or the sizing of various key components either that affect the car’s architecture.

“So what we needed to try and do is respect the homologation process by not changing things that didn’t really need to change in line with installing the engine.

“But, clearly, making the changes we needed to do to homologated parts, that allowed us to change the chassis, which of course has to change with a new engine and the energy store aspects of the gearbox for packaging purposes.

PLUS: Why McLaren can be a true force in F1 again

“It added an extra dimension, which probably led to a slightly suboptimal approach compared to what you would do if you’re completely free. But I don’t think it was that much of a compromise.”

Despite the scale of the work, though, Key added that he was impressed by how well thought-out the Mercedes layout is.

“I think the Mercedes installation is certainly extremely tidy, you can see how much attention to detail has gone into it,” he said.

“So it’s very straightforward to package in that respect. And that has given us a few sort of plus points.

“Equally there’s further demand in other areas which we’ve had to adjust to in the other way.”

Despite the change in engine supplier, Mercedes branding is absent from McLaren’s F1 car, driver overalls and team uniforms this year.

While it seems slightly unusual for teams not to run the logo of their engine supplier, McLaren has explained that the absence is down to the outfit having a pure customer relationship with Mercedes – that does not extend as far as a marketing deal.

It is a similar policy at Racing Point, which has not featured branding of the Mercedes badge despite it being one of its customers.