His team boss Guenther Steiner has also revealed that the US-owned team wanted to make a change before the race under parc ferme conditions that could have rectified the problem, but the FIA would not allow it without a penalty.

Having been hampered by the issue in qualifying Magnussen dropped to the back of the field after being nudged into a spin by Sebastian Vettel on the first lap.

Despite the upshift problem subsequently costing him lap time he maintained a good pace relative to that of team mate Romain Grosjean.

He first reported that he didn’t feel well on lap 44, noting: “I’m getting a massive headache from these upshifts, it’s like a massive kick in the head every time.”

Later when asked if he could carry on he said: “It’s my job isn’t it? But it’s painful, man.”

After a further enquiry about whether he could carry on he replied: “I told you, it’s painful.” His engineer then immediately responded, “Ok Kevin, we’ll box now to retire, we’re P18, we’ll box now.”

“We had a problem with the gearbox, and we had that yesterday as well on my fastest lap in qualifying,” said Magnussen.

“But that problem came back in the race. It was there from the first lap, I was having slow upshifts.

“Not only are they slow, it’s also like a big bang, every time you upshift it seems OK for a couple of laps, and it starts shaking your head crazily. 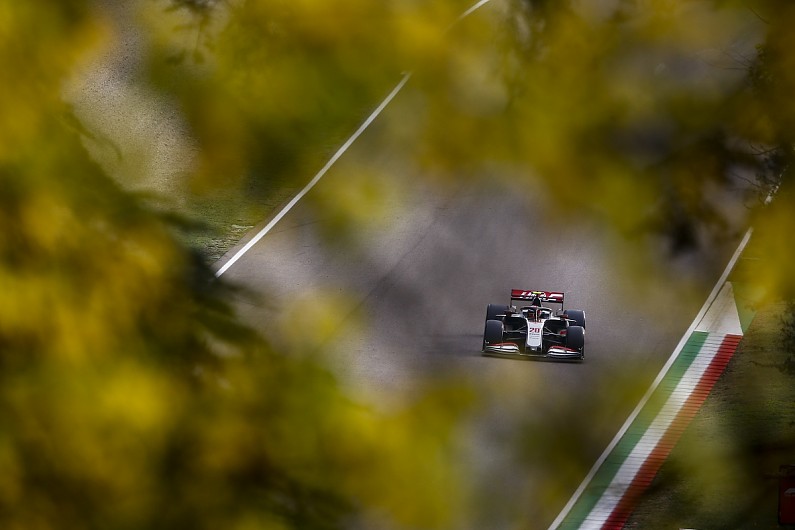 “By the end of it I just got a massive headache. I told the team, and they were like we have nothing to fight for, so they boxed me.”

Magnussen admitted that his race was essentially over after the first lap clash with Vettel.

“I got spun round at the start, and that was the end of it almost, I lost so much time getting back on track.

“The pace was really good actually, we had much better pace than expected, even with those upshifts that were costing half a second a lap, I was quicker than expected. So, frustrating again.”

Steiner noted that the team believed that it could address the problem after qualifying, but when it put in a request to the FIA to change some gearbox sensors, it was told that it would result in a penalty that would have cost him his 17th place on the grid.

Teams can only change parts like-for-like under parc ferme if they can demonstrate a failure or problem to the FIA.

“But nothing goes our way it looks like at the moment – not just the moment, it’s been a while actually.

“Kevin getting together with Sebastian at turn seven, well that put him in a place where there’s not a lot to do.

“But he caught up pretty well in the end. He then had the gearbox issue which we had since after qualifying, but we were not allowed by the FIA to change the sensors without penalty – so that went against us.”

Grosjean finished the race in 14th place having picked up a five-second track limits time penalty.