The system of LMP1 success handicaps has been tweaked for this month’s World Endurance Championship finale in Bahrain.

The penalties declared for the Bahrain 8 Hours on 14 November take into account only the points differential between the two Toyota TS050 HYBRIDs, which are the lone P1 cars entered.

That means the championship-leading #8 Toyota driven by Sebastien Buemi, Brendon Hartley and Kazuki Nakajima will be pegged back to the tune of 0.54s per lap and the sister #7 car driven by Kamui Kobayashi, Mike Conway and Jose Maria Lopez will run without a penalty.

The FIA’s Endurance Committee has effectively removed the other cars from the calculations.

The success handicaps are calculated based on the gaps in points to the worst-placed car in the championship, not counting those scored for pole positions, up to a maximum of 40 points.

Toyota has confirmed that it made a request to the Endurance Committee for the absent cars to be removed from the calculations.

It is known to have made a similar request for the Spa WEC round in August.

It asked for the scores of the Ginetta-AER G60-LT-P1s, which did not attend the race, not to be taken into account, but the proposal was vetoed by the Rebellion Racing squad.

Success handicaps were introduced for the 2019/20 WEC season in a bid to close up the championship battle between Toyota and its non-hybrid privateer opposition. 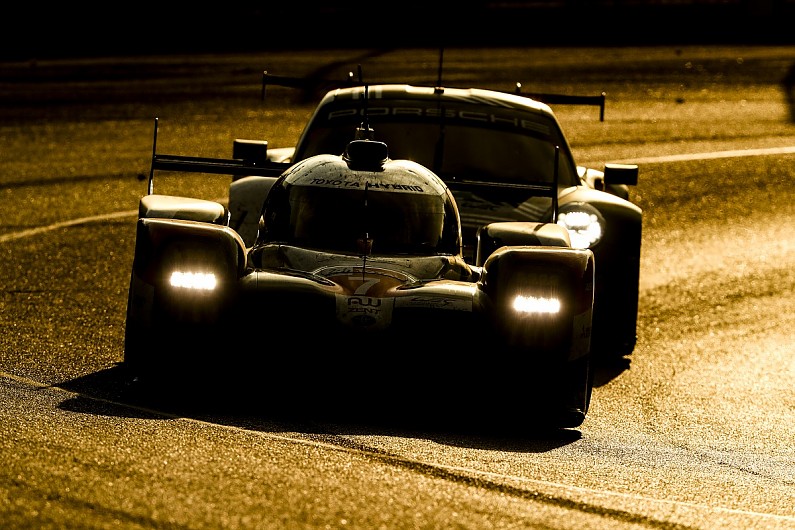 Toyota Gazoo Racing Europe technical director Pascal Vasselon said that the Japanese manufacturer agreed with the decision to keep the handicaps, even though there will be no independents present in Bahrain.

“The success handicap is applied to individual cars, so it simply isn’t relevant that the Toyotas are the only LMP1 cars in Bahrain,” he said.

“The success handicap effect has to be considered over the course of a complete season, and so far this season the #7 car has been at a success handicap disadvantage in three out of six WEC races, against only one time for #8.

“So the championship standings going into Bahrain reflect the effect of the success handicaps; therefore it balanced and sporting to maintain the regulations for this championship-deciding race.”

The success handicap system was never intended to apply to the Le Mans 24 Hours WEC round in September.

Buemi, Hartley and Nakajima lead the championship by seven points going into the final round.

Because the Bahrain event is of eight hours’ duration, 38 points are awarded for the win rather than the 25 points for a six-hour race, with 27 points for second position rather than 18.

That means Kobayashi, Conway and Lopez will overhaul their team-mates and take the championship should they win the race, irrespective of who takes the point for pole position.