Ex-IndyCar and Formula 2 racer Jordan King has joined the Mahindra Formula E team as its simulator and development driver ahead the 2020-21 world championship season.

King will share the simulator duties with World’s Fastest Gamer champion Rudy van Buren, who will remain in the role for a second consecutive season.

The Brit is already known to Mahindra, having tested the outfit’s first-generation FE car during the 2016-17 season.

He then drove for the Dragon Racing outfit during a private test in 2019, after which King said FE was one of “his options” for the following year, but he ultimately did not feature.

He has been out of action since a busy 2019 season in which he contested the Indianapolis 500 and select rounds of the World Endurance Championship on top of his primary campaign in FIA Formula 2 with MP Motorsport.

“I am delighted to welcome Jordan to our tribe of Passioneers, and I thoroughly look forward to seeing him work alongside Rudy as they contribute to our team this season,” team principal Dilbagh Gill said. 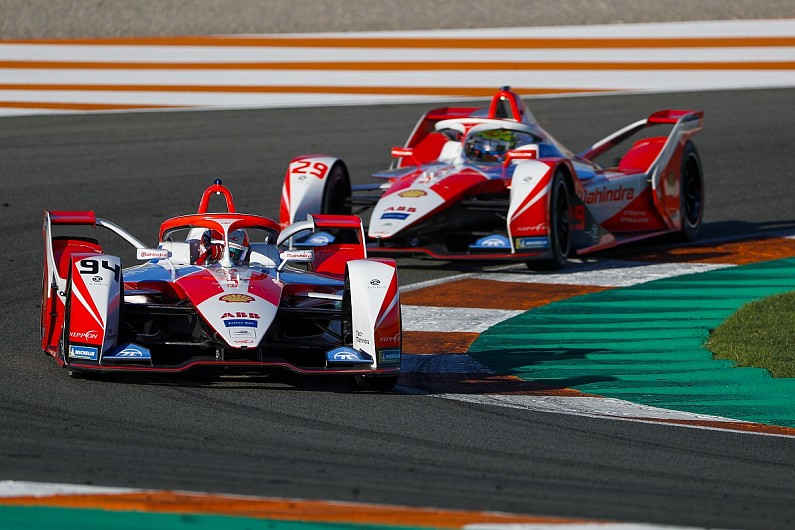 King, the 2013 British Formula 3 champion, has experience in a wide variety of categories and even took part in FP1 for the US Grand Prix in 2016 driving for the Manor Formula 1 team.

Apart from his Indy 500 appearance with Rahal Letterman Lanigan Racing in 2016, King also drove at the Le Mans 24 Hours with Jackie Chan DC Racing, having won the Sebring round with the same team earlier in the year.

Mahindra, the first FE team to commit to the forthcoming Gen3 regulations, will field a refreshed driver pairing for the inbound 2020-21 FE season, with Alexander Sims moving to the team after two years at BMW Andretti – scoring one win.

Sims will partner Alex Lynn – the pacesetter for the second day of pre-season testing initially joined Mahindra for the six-race Berlin season finale in 2020 – having replaced Pascal Wehrlein following the German’s mid-term axing after he signed a deal to move to Porsche.

Mahindra has homologated a new powertrain for the start of the seventh FE campaign, with initial gearbox unreliability contributing to a first season without a podium finish since the inaugural FE term in 2014-15.

The Indian manufacturer finished ninth from 12 teams in the standings, losing three places from a race-winning 2018-19 campaign.