Neel Jani has explained the oversteer problems with his original chassis that blighted his single season in Formula E with Porsche.

The Swiss driver, who won the Le Mans 24 Hours for the Weissach marque in 2016, endured a bruising 2019/20 season in Porsche’s maiden FE season in which he managed only one points finish.

While team-mate Andre Lotterer managed two second places, Jani struggled for form and his sixth place in the penultimate race of a disjointed, coronavirus-impacted campaign in Berlin came after the decision had been taken to replace him with Pascal Wehrlein for the 2020/21 season.

Although less experienced in FE than former DS Techeetah driver Lotterer, having only previously contested FE’s Hong Kong double-header with Dragon in 2017, Jani told Autosport he couldn’t understand why he suffered so badly with oversteer until he was given a new chassis for the final weekend of the season in Berlin.

“Obviously that season was everything except what I hoped for,” said Jani, who remains part of Porsche’s works roster and will represent the brand in the World Endurance Championship GTE-Pro category this year.

“I’ve never had a season like that in my career. I didn’t understand why the laptime wasn’t coming.

“My biggest problem was always oversteer on corner entry. Whatever I did, I couldn’t get rid of it, even with the same set-up [as Lotterer] – I had oversteer, he had understeer.

“But in the end you can’t prove if that feeling comes from your driving style, the chassis or whatever.

“Then I had this shunt in Berlin [in the third race of six] when [Sergio] Sette Camara spun. I got a new chassis [for the fifth race] and suddenly it started working.

“I was less than a tenth off pole when previously I had been a second off, but it didn’t change anything because the decision was already made.

“Ultimately we are in a performance-orientated world, and the results weren’t there, so the reason does not matter.” 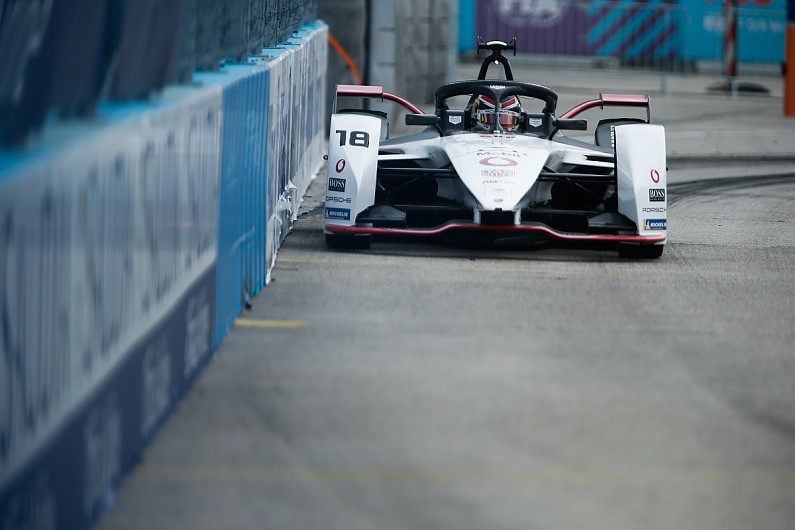 Jani said he “didn’t mind” losing his FE drive and was “happy to go back to WEC” ahead of the marque’s planned return to the top class of endurance racing with an LMDh prototype from 2023.

“The aim was clearly to take advantage of any opportunity to go back into the top class,” he said.

Jani made a cameo appearance in Porsche’s IMSA SportsCar Championship at Sebring last year to gain experience in the 911 RSR-19, finishing second in the GTLM division alongside Earl Bamber and Laurens Vanthoor.

With Aston Martin pulling out of the GTE Pro class, Porsche’s only opposition in 2021 will come from Ferrari, but Jani said it still “will not be an easy year”.

“There will be a lot of things I have to absorb very quickly, also because it looks like I won’t get a lot of testing because of the pandemic,” he said

“But it’s a cool opportunity, because now I can say I drove every factory Porsche car since I joined: the 919 Hybrid [LMP1], the FE car and now the 911 RSR.”