Lewis Hamilton is one of the special interviews included in Autosport’s 70th birthday celebration special, out on the 19th November.

The Formula 1 star not only talks to Autosport Grand Prix Editor Alex Kalinauckas about his motivation to keep improving both himself and his Mercedes team, he opens up about the wider social and racial issues that mean so much to him.

The interview provides fascinating insights into what makes the multiple world champion tick – and what he wants his lasting legacy to be once he finally hangs up his helmet.

The one-off special, marking seven decades since Autosport magazine launched in August 1950, picks out some of the greatest drivers, cars and events in motorsport history. It covers the impressive and eclectic breadth of the sport, from F1 to club racing via sportscars, rallying and touring cars.

Our winners from the Greatest Car podcast series get in-depth articles. We’ve spoken to some of the key drivers, designers and team members to tell the stories of the machines that set new standards in their fields. 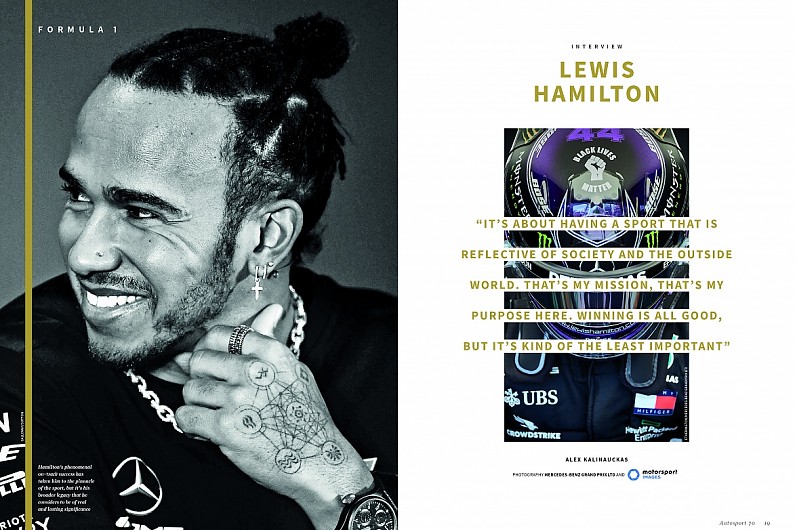 When it comes to the UK national racing scene, there is a piece on the important roles that Cooper and Van Diemen played in the junior single-seater industry, a look back at some of the sport’s most interesting and colourful characters, and a history of the 750 Formula, a championship as old as Autosport.

It’s not just about the past, we assess what the future of motorsport could look like too, with the help of leading industry experts. There are challenges ahead, but also opportunities.

All current print subscribers will receive the Autosport 70th Anniversary issue for free.

To pre-order your copy of the 196-page standalone special, please go to: autosport.com/autosport70th