IndyCar owners Penske Entertainment will add extra incentives for Indy Lights’ return to action in 2021, underlining its intent to make the junior formula a success.

In recent years, Indy Lights had struggled for double-figure grid numbers for any race besides its marquee event, the Freedom 100 at Indianapolis Motor Speedway.

As the COVID-19 pandemic played havoc with motorsports series’ schedules worldwide – and placed an air of uncertainty even over the events that did survive the rash of cancelations and postponements – the series was put on hiatus.

Dan Andersen of Andersen Promotions, promoter of all three Road To Indy Series – USF2000, Indy Pro 2000 and Indy Lights – announced on June 1 that the series would be put on hiatus.

“It became increasingly apparent that the 2020 season was in jeopardy,” he said at the time, “and the best plan was to take a pause, reconstitute for 2021, and do our best to enhance the Indy Lights championship for next season.”

This statement of intent has been followed, and enhancements to Indy Lights in 2021 include an increased value of the champion’s scholarship award to $1.25m, and a continuation of guaranteed entry for the champion in at least three 2022 NTT IndyCar Series events including the Indianapolis 500.

The top three finishers in the Indy Lights championship will be granted an IndyCar test at the conclusion of the season. 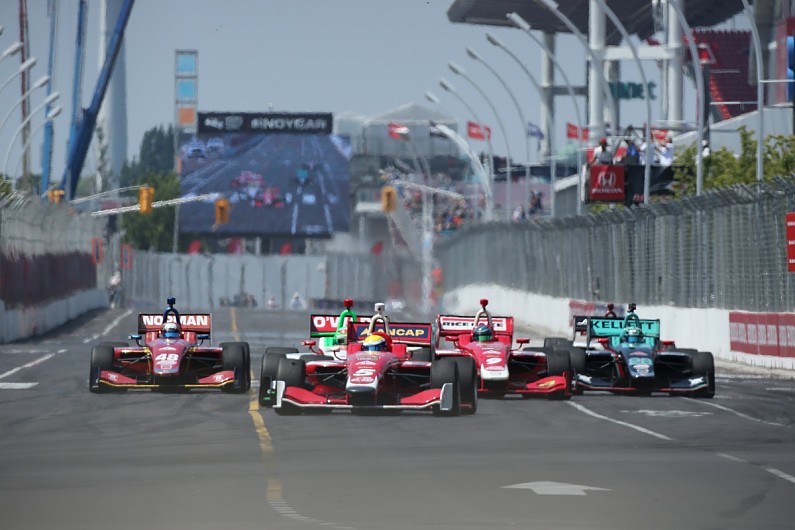 “After careful planning with the IndyCar team, we are pleased to confirm the exciting addition of a season-ending IndyCar test at the Indianapolis Motor Speedway soon after the 2021 season,” said Andersen.

“We continue to explore additional ways to strengthen the Indy Lights championship.”

Mark Miles, president and CEO of Penske Entertainment added: “From top to bottom, the entire team recognizes the role and commitment Indy Lights has played in bringing new talent to the NTT IndyCar Series.

“We are firmly committed to ensuring its continued success.”

The 2021 Indy Lights grid will feature three scholarship cars, and one will be driven by the 2019 Indy Pro 2000 champion Kyle Kirkwood, who has been unable to take advantage of his scholarship this year.

A second will be piloted by the 2020 Indy Pro 2000 champ while the third will be driven by this year’s Formula Regional Americas champion.

The 2021 Indy Lights calendar will be unveiled prior to the IndyCar finale on October 25, and is set to remain a 10-event, 18-race schedule featuring all three circuit types – oval, road course and street circuits.