Jack Aitken has revealed his “impatience” prompted him to make first contact with Williams about replacing George Russell in Bahrain this weekend for his Formula 1 debut.

Campos Formula 2 driver Aitken will make his first grand prix start on Sunday in Bahrain after being drafted in by Williams in the wake of Russell’s switch to Mercedes.

Russell is replacing Lewis Hamilton for the weekend after the seven-time world champion tested positive for COVID-19 on Monday.

Mercedes struck a deal with Williams to release Russell for this weekend’s Sakhir Grand Prix, paving the way for reserve driver Aitken to slot into the Williams seat.

PLUS: The risk and reward of Russell’s Mercedes opportunity

“It’s been a busy 48 hours or so, but I’m happy now everything is sorted,” Aitken said.

“I can just focus on getting the job done. I’m really excited.”

Aitken revealed that once news of Hamilton’s positive test emerged and Russell became an option for Mercedes, he was quick to get in touch with Williams about the seat.

“Such was my impatience that I actually contacted the team and said, ‘what’s going on?'” Aitken revealed. 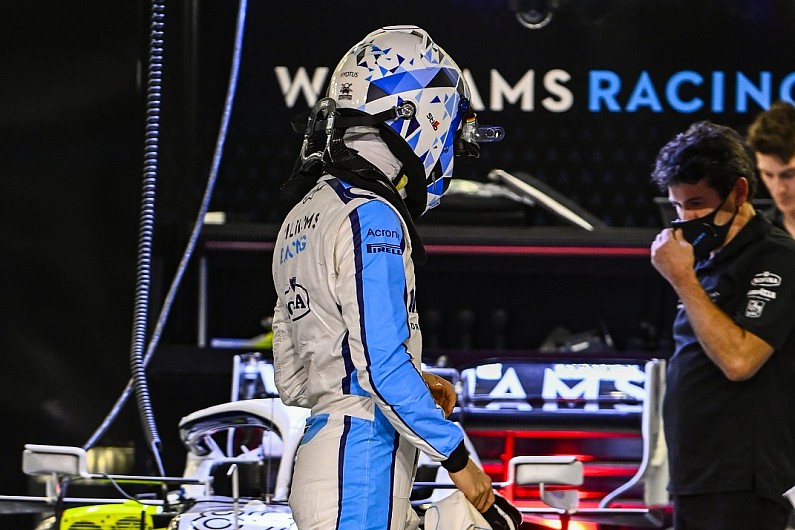 “That was on Tuesday afternoon, and they just said, ‘we’re assessing the situation, we’ll get back to you, just sit tight’.

“So I sat tight for several hours, and was like, come on! Eventually, it stretched out overnight and in the morning on Wednesday, confirmation came through.

“It was announced half an hour later or something. It all happened quite quickly.”

Autosport understands that Aitken was always going to get the Williams drive in the event of Russell moving up to Mercedes, with no consideration being given to other drivers such as Stoffel Vandoorne and Nico Hulkenberg.

Friday’s running in Bahrain will mark Aitken’s second time in the Williams FW43 car following his appearance in practice for the Styrian Grand Prix earlier this year.

After completing another seat fit and adjustment on Wednesday, Aitken said the car was “feeling pretty good”.

“I did FP1 in Austria, so it was just a case of checking everything was as I remember it,” Aitken said.

“We have the luxury of a lot more time to get prepared and settled in, so it’s been pretty smooth so far.

“The goal for the team hasn’t changed. We want to be trying to get up into the fight with the midfield runners, and hopefully if there’s a bit of chaos and luck, hopefully some points.

“We’re all going to be pushing for that, the same as always.”