Ilott not currently on Haas shortlist over 2021 F1 drive – F1 Callum Ilott is currently not in contention for a Formula 1 drive with Haas in 2021 despite his scheduled practice outing with the team at the Nurburgring on Friday.

Formula 2 driver Ilott will make his F1 race weekend debut when he appears in opening practice for the Eifel Grand Prix with Haas, replacing Romain Grosjean for the session.

The outing is set to continue Ilott’s development as part of the Ferrari Driver Academy, building on a recent test in a 2018 Ferrari F1 car at Fiorano.

But Haas F1 chief Steiner said Ilott does not currently feature on the shortlist of as many as 10 drivers that have been under consideration for next year.

“Therefore at the moment he’s not on the list.

“I have a lot of respect for him because he’s second in the F2 championship which means he’s pretty good.

“I met him the first time this morning briefly, we’ll have a meeting this afternoon, so I will learn a little bit more about him.

“I’m very honest, he’s not on the list now. Maybe he’s on the list tomorrow, I don’t know that. It will not be depending on the FP1 result. 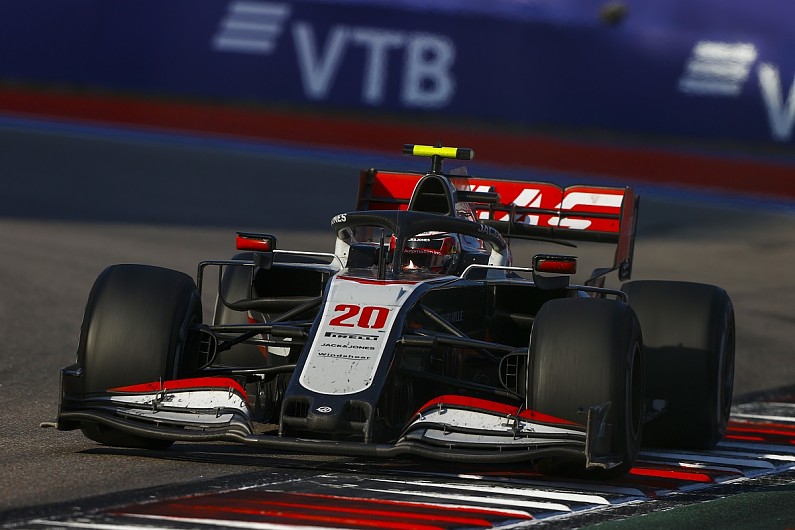 “For sure if he does one thing which he shouldn’t be doing, then he’s not on the list for sure anymore, like if he crashes the car.”

Ilott will be joined in opening practice at the Nurburgring by fellow Ferrari junior and current F2 title rival Mick Schumacher, who will appear for Alfa Romeo.

Ferrari has a say over one of the seats at Alfa Romeo, currently occupied by Antonio Giovinazzi, that could feature one of its young drivers next year.

Haas is yet to make any final decision on its line-up for 2021 as it considers the futures of incumbent drivers Grosjean and Kevin Magnussen, as well as possible free agents such as Sergio Perez and Nico Hulkenberg.

Steiner said there had been no significant progress to report in making the decision ahead of this weekend’s race.

“My comment today on drivers is we’re getting there,” Steiner said.

“I don’t want to go into any detail of how many are there [on the shortlist].

“This is not without disrespect to anything, it’s just right, then we are sitting here just speaking about something we have been covering the last two months now.

“We are getting there, and as soon as we know, we will announce is, and hopefully it’s not too far out for your benefit and for my one as well, so you’re not busting my you-know-what.”