Third-generation racer Sam Brabham has today jumped behind the wheel of the famous Brabham Repco powered BT19, that guided his grandfather to his third F1 title in 1966, for laps around Australia’s most famous circuit.

The 26-year-old, son of David Brabham, will drive the machine again on Saturday and Sunday to lead the Supercars field to the grid for the championship’s first races of the season.

The demonstration runs are to mark Repco, who purchased the only BT19 built in 2004, signing a five-year agreement to be title sponsor of the Supercars championship and the annual Bathurst 1000 showpiece.

The late Jack Brabham, who won the F1 crown in 1959, 1960 and 1966, remains the only driver to win the world championship in car of his own construction.

In 1966, Brabham raced the BT19 to wins at Reims, Brands Hatch, Zandvoort and the Nurburgring on his way to his last F1 world title. 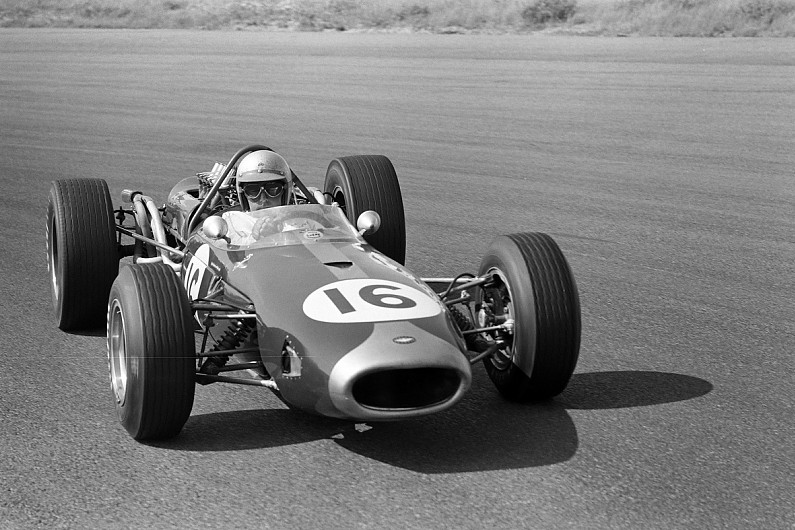 It is not the first time Sam Brabham has driven the BT19, but a maiden run in it at Bathurst proved to be a particularly special moment.

“I’ve just driven the BT19 and every time I drive it, I drove it once before in Adelaide last year, and it is such a special feeling,” said Sam Brabham.

“I kinda feel a bit emotional if I’m honest. You get in the car and realise the history of it.

“As you are driving the car and you change the gears and you are going up the mountain, you can tell how good those guys had to be to be so fast in that era, but also how well built the car is and the engine tones that go with.

“What Jack achieved in the car will never be done again in Formula 1. To drive it around this circuit, not very fast albeit, is such an incredible feeling.

“It is the car I based may helmet design off originally and it is the car that speaks to me as the most Brabham car we have had with the green and gold, the Australian colours and the history it has.

“I know my uncle Geoff is the only one [of the Brabhams] yet to have driven this car so he will be super jealous.” Red Bull chance will “open many doors” in F1 Why F1’s first success handicap could be revolutionary | F1 News