The Alzenau-based squad clinched its first makes’ title last year and Adamo currently sits at the top of the standings by just seven points over Toyota with one round remaining.

Sordo and Breen have shared the third i20 Coupe WRC with eight-time champion Sebastian Loeb this year, but with the Frenchman now focusing on his 2021 Dakar programme with Prodrive, it was a two-horse race for Monza.

Sordo won on only his second WRC outing of the season in last month’s Rally Italia Sardegna, while Breen finished second to team-mate Ott Tanak on his most recent outing in Estonia.

Breen had been selected for Rally Ypres prior to Monza’s addition to the calendar, but the Belgian Tarmac event was cancelled last month due to a rise in COVID-19 cases in the country.

From five Rally Monza starts, Sordo has two wins to his name in 2010 and 2013, while Breen’s best result from three starts came last year when he ended just outside the podium places in fourth.

Explaining why he handed Sordo the third points-scoring drive, Adamo said: “ACI Rally Monza will be obviously a very important event for Hyundai Motorsport as we will be fighting to win our second WRC manufacturers’ title.

“Among our drivers I decided to line up Dani in ACI Rally Monza.

“If we look at the characteristics of the rally, he can achieve a good result and help the team in achieving the title. 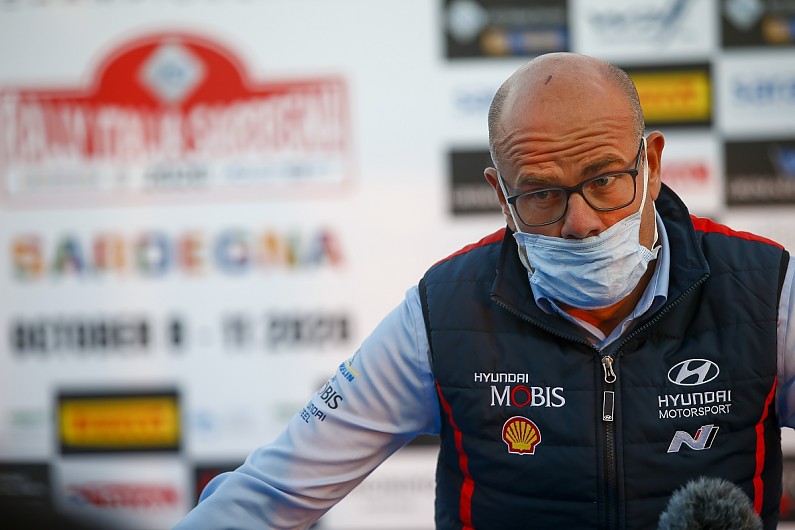 “It is testament to the hard work of everyone at Hyundai Motorsport that we have been competitive in recent events, but we must never take anything for granted.

“If we want to head into the winter with a second consecutive title – we must keep pushing in all areas of our operation.”

Meanwhile WRC Promoter has issued a statement to affirm that all necessary planning for Rally Monza is “continuing at full pace”.

The update follows a visit to Monza by representatives from the WRC and FIA on Tuesday.

The statement said: “The current Prime Ministerial decree for COVID-19 restrictions that is in place in Italy until the December 3 continues to allow professional sport to take place in Italy behind closed doors, and all planning for ACI Rally Monza has always been conducted under these known regulations.

“The event is fully compliant with the decree and ready to take place.

“Representatives have reported back on highest-level progress by the ACI [organising] team for a safe and successful event to take place and provide a fitting end to the 2020 FIA WRC season.”