Formula 1 CEO Chase Carey says Honda’s withdrawal from the championship was driven by economics but he remains optimistic the 2026 engine rules will appeal to new manufacturers.

Honda will end its official efforts in F1 at the end of 2021, although its technology may yet be retained by Red Bull and AlphaTauri.

In announcing its departure last month Honda insisted that the decision was driven by a corporate push towards sustainability and carbon neutrality, and a necessity to switch R&D resources from the F1 project.

However Carey insists that it was mainly a question of finance.

“I think one is that it was, from my perspective, largely driven by economic challenges at the overall Honda entity.

“The auto industry in general is having some challenges, and I think Honda clearly is living and struggling with those challenges. So I think that was the core issue.

“There’s no question that there are economics around the engine that we’re going to address.

“But I think Honda felt those pressures existed today, and they had to make some decisions.” 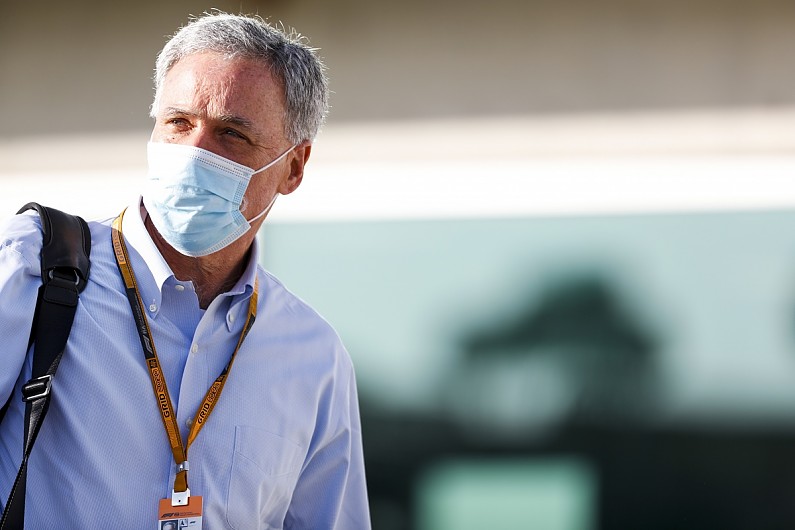 Despite Honda’s departure Carey says manufacturers both currently in and outside the series remain “enthusiastic” about F1’s own push for sustainability, including a move towards biofuels and a target of carbon neutrality by 2030.

A new power unit formula is scheduled to be introduced in 2026, and discussions have already begun regarding what direction it should take.

“I think on the flip side, we actually are getting increasing support,” he said.

“They’re actually incredibly enthusiastic about our sustainability future, where we’re going with the next generation engine.

“I don’t know if you saw the quote a couple months ago from the CEO of Volkswagen, they couldn’t have been more positive about where we’re going, and the importance of us as a platform.

“So I think as we continue to put more information out there about our next generation engine and sustainability goals, we’re actually getting increasing support and interest from both existing partners and potential new partners about the importance of that to their future.”