Pol Espargaro admits Honda’s tough start to the 2020 MotoGP season “didn’t bother me” as he knew from his experience with KTM he could turn the bike around.

Honda suffered its first winless season in the premier class since it returned full-time in 1982, largely a result of six-time world champion Marc Marquez’s absence after breaking his arm in the Spanish Grand Prix.

HRC endured a tough winter with its 2020 RC213V, largely as a result of the change to Michelin’s rear tyre construction and turning issues caused by its new aerodynamic package.

PLUS: Why Espargaro faces Marquez at Honda with no fear

Its struggles continued into the first half of the year as rookie Alex Marquez adapted to MotoGP and LCR’s Cal Crutchlow battled injury.

But a raft of changes to the bike at the post-San Marino GP test transformed Marquez’s fortunes and he went on to score back-to-back podiums at the French and Aragon GPs.

However, Honda’s tally of two rostrums, leaving it second-last in the constructors’ table, was in stark contrast to KTM’s three victories and haul of five podiums with Espargaro.

Espargaro admits he wasn’t worried about Honda’s form in 2020 as he proved he could “make a bike work” with KTM in the space of four years – with the RC16, he claims, that “nothing was working” on. 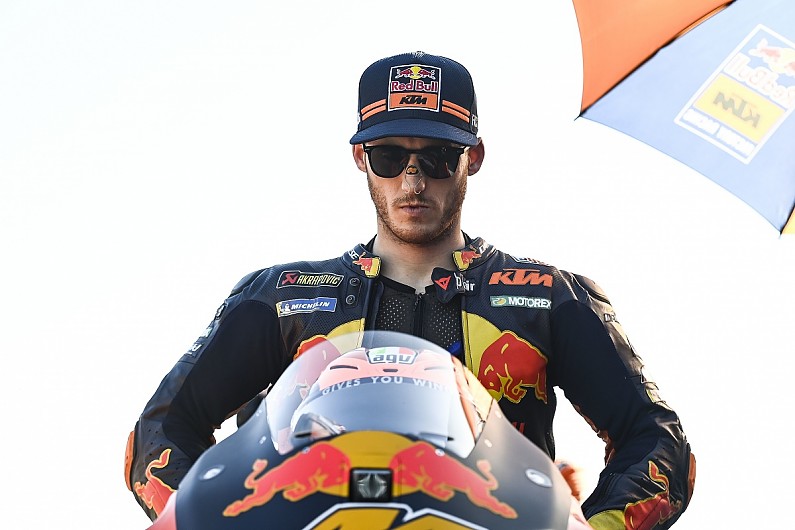 “In the end – I will not tell you lies – it didn’t bother me even one moment because I started the KTM project in Qatar [in 2017] at 3.5 seconds off the first,” he told Autosport in Portugal when asked if Honda’s upturn in form mid-season offered him relief.

“So, we could make a bike work with four years from a bike that was not really working -nothing was working, trust me.

“It was a very difficult bike at the beginning. Now we are fighting for something great and I mean Honda has been up and down throughout history, but always it’s been there.

“Maybe this first year is not going to be good, but second year for sure the bike is going to be there.

“This happens in the competition world where manufacturers go better and go worse, also KTM was very bad and now it’s very good.

“Sure, it’s going to come one day that the bike is not going to be as good as everyone expects, this happens.

“For sure, Honda took me not just because I’m fast, but also because I was able to create a group of people as KTM and make everyone work good and I was giving them correct info to develop a good bike and this is part of my job.”

Espargaro ended his final year with KTM fifth in the standings and without a victory, though he admitted last month he had “no regrets” about this.