Lewis Hamilton wants to get his new Mercedes Formula 1 contract agreed before Christmas after his positive test for COVID-19 delayed talks.

Hamilton clinched his seventh F1 world title in 2020 with three races to spare, but is out of contract at the end of the year after deciding to postpone talks with Mercedes until the championship was settled.

But after Hamilton tested positive for COVID-19 following the Bahrain Grand Prix at the end of last month, Mercedes was forced to shelve talks after making “baby steps”.

Both Hamilton and Mercedes have always expressed their desire to continue their relationship that has yielded 74 race wins and six world titles, insisting that a new deal was a formality.

Asked following Sunday’s 2020 season-ending Abu Dhabi GP for a timeframe on when a deal could be struck, Hamilton said he hoped a new contract could be sewn up in the short period before Christmas.

“Hopefully over the next couple of weeks,” Hamilton said.

“I hope we can begin this week, discussions, and hopefully get it tied up before Christmas.” 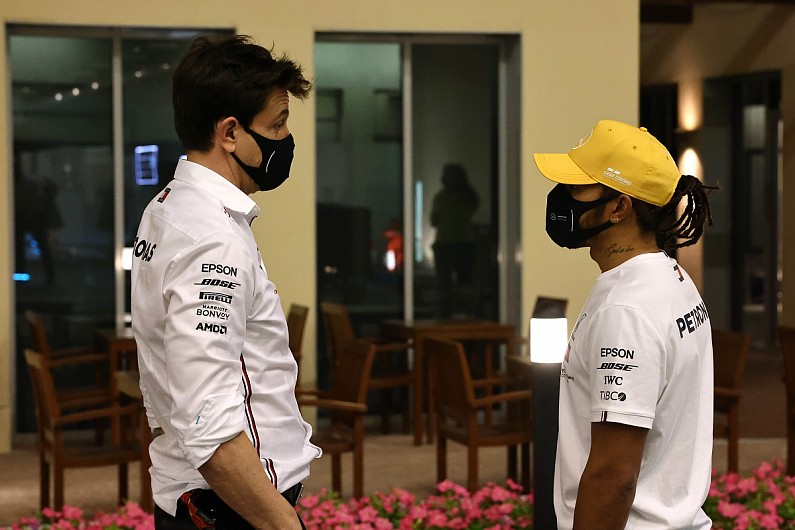 Mercedes is one of just three teams yet to finalise its line-up for the 2021 season, having only announced Valtteri Bottas to date. Both Red Bull and AlphaTauri are yet to formalise who will drive for them next year.

Unlike those two teams, Mercedes did list Hamilton in its line-up for next year on the initial FIA entry list that emerged last week.

Mercedes chief Toto Wolff said a new deal with Hamilton was “going to happen” and that there’s “no reason it shouldn’t happen”, and had simply been delayed by his recovery from COVID-19.

“We will have this conversation,” Wolff said.

“We were delayed. We always said we would do it after the title was won, and then the virus delayed us for another 10 days, two weeks.

“Now we just have to sit down, maybe virtually, maybe live.”