Lewis Hamilton called qualifying for the Turkish Grand Prix “the least enjoyable” of his Formula 1 career, but was happy to finish sixth in wet and low grip conditions.

Heavy rain on the low-grip surface at Istanbul Park left drivers struggling for pace throughout qualifying, with a lengthy red flag due to the weather meaning that Q1 took over an hour to complete.

Lance Stroll snatched a shock pole position for Racing Point ahead of Red Bull’s Max Verstappen, while Hamilton could only finish sixth in Q3, marking his worst qualifying result of the season.

After calling the track surface “terrifying” following practice on Friday, Hamilton said qualifying stood out for being one of the least enjoyable of his F1 career.

“This track, the layout is so great, but the grip is so poor that you can’t really generate the grip to go through the corners at the speed we would like.

“But otherwise, it was a challenge, and challenges are always good.

“The track surface grip is the worst I’ve ever experienced in any year of racing. Considering how much downforce we have, it’s been a challenge. 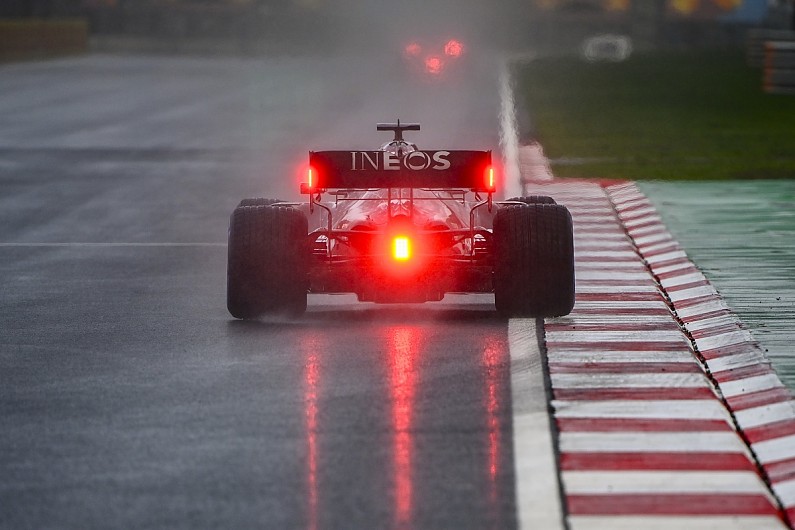 “Going into the wet today made it even harder. So we were definitely limited by grip and temperature, but I’m pretty happy with the job I did.”

Hamilton can secure a record-equalling seventh F1 drivers’ championship on Sunday by ensuring Mercedes team-mate Valtteri Bottas – who qualified ninth – does not outscore him by eight points.

But Hamilton said he was unsure how his car would perform in dry conditions after failing to do any set-up work through practice on Friday due to the struggles with the tyres.

“I have no idea what car I’ve got underneath me tomorrow,” Hamilton said. “We made some set-ups going into today, and then it’s been wet.

“We’ll just go with it. We’re all in the same boat out there, we’re all struggling. It’s really cool.

“Congrats to Lance on the pole, that’s pretty awesome. We look forward to a fight with them tomorrow.”

Race engineers and strategists are expected to endure an exhausting afternoon at today’s inaugural Miami Grand Prix not just due to the sweltering heat in Florida, but also for the complexity of the possible race strategies. F1Technical’s Balázs Szabó assesses the...

Teams' reaction after the opening day in Miami

Following the enthralling Emilian Romagna Grand Prix, teams made the long trip from Italy to the west of the USA with Florida hosting the inaugural Miami Grand Prix this weekend. The first day of running saw Mercedes make use of its raft of upgrades with George...