Lewis Hamilton has suggested Formula 1 should reintroduce a tyre war between manufacturers following the criticism of the prototype 2021 rubber Pirelli has produced.

After sampling the prototype C3 tyres in practice for this weekend’s Bahrain Grand Prix, Hamilton expressed his frustration that Pirelli “had two years now to develop a better tyre” and that F1 has “arrived with a tyre that’s three kilos heavier and it’s like a second worse per lap”.

Formula 1 has had a single tyre supplier since 2007 – when the Michelin vs Bridgestone tyre war ended in the aftermath of the infamous 2005 US GP, and Bridgestone then supplied all the teams until the end of 2010, when Pirelli took over.

The current tyres have been in use since the start of 2019 after the prototypes developed for this season were rejected after the drivers sampled them in practice at the 2019 US GP.

“It’s difficult for us drivers to say [what we think about the tyres],” Hamilton said, when asked if any pressure to stick with the existing tyres had already been applied to Pirelli.

“We try to be constructive, we try to be supportive in the background and nothing changes.

“And then even when we say something not too positive in the media nothing changes.

“I do miss the tyre war that used to happen in Formula 1. I think with that, it’s great.

“When you don’t have any competition, you’ve got no one to base yourself on. 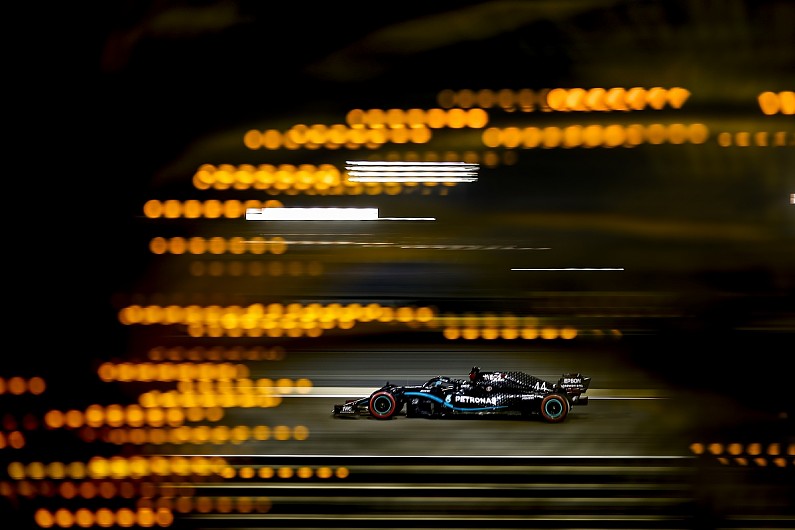 “Just imagine us as a team, or for Max and his team, and none of us [Mercedes] were here – they wouldn’t develop as they do now because they’re chasing and competing against other people.

“Formula 1 needs to do something different in the future and that’s something we need to do.”

Hamilton’s Mercedes team-mate Valtteri Bottas explained that “[of] our understanding with the new tyres, the main difference was in terms of reliability”, as Pirelli has strengthened the rubber to avoid further failures related to the speeds and loads reached by the ultra-high-downforce cars now competing in F1.

There have been several instances of failures in the 2020 season – most notably to the two Mercedes cars and McLaren’s Carlos Sainz Jr in the British GP and for Lance Stroll at Mugello.

“They got a lot heavier like just because there’s more material to try and prevent any punctures or failures that we had which is an important thing,” added Bottas.

“But then on the other hand, the performance was not quite there, as expected.

“[It was] quite a bit slower and not that nice feeling to drive. I wasn’t a big fan of those tyres, personally.

Speaking alongside the Mercedes duo in the post-qualifying press conference for the Bahrain race, Red Bull’s Max Verstappen explained that the racers “just have to talk to Pirelli and I hope they also listen a bit to the drivers”.