Lewis Hamilton says the enjoyment of Istanbul Park has been taken away by the new Formula 1 track surface that is “terrifying the whole way around”.

Drivers were left struggling for grip throughout Friday’s practice sessions for the Turkish Grand Prix as the newly-resurfaced track experienced its first extended running.

Early in FP1, drivers were struggling to accelerate normally in a straight line on the green track and suffered a number of spins, while the fastest lap of the session was more than 10 seconds slower than the pole position time from 2011.

While grip conditions improved marginally throughout second practice, Max Verstappen’s leading time was still over three seconds off the 2011 benchmark.

PLUS: Why Istanbul could provide another slippery challenge for F1

Reigning F1 world champion Hamilton ended the day fourth-quickest for Mercedes, finishing eight-tenths of a second slower than Verstappen in FP2, and called his running “a bit of a disaster”.

“This track is such a fantastic circuit, and I really don’t fully understand when they spend millions to redo a surface of a track,” Hamilton said.

“I know it had been around for a long time, but they probably could have just cleaned it maybe instead of wasting all the money. Now the track is worse than Portimao was when we had the brand new surface there.

“The tyres aren’t working, and you see it. It’s like an ice-rink out there. You don’t get quite the enjoyment of the lap as you would normally get of Istanbul, and I don’t see that changing.

“It’s terrifying the whole way around. It’s almost like there’s wet patches all over, so as you’re on the slicks, you’re accelerating, and it goes so fast.” 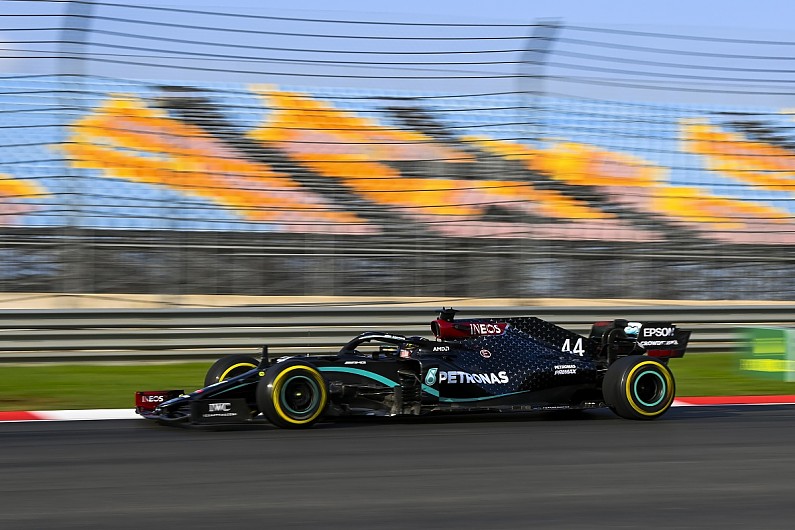 Pirelli opted to bring its hardest selection of tyres to Turkey in order to deal with a number of the medium and high-speed corners, but it has left drivers struggling to get them in the right temperature window on the smooth surface.

“You’re way, way below the temperature window of those tyres there,” Hamilton explained.

“This surface is so smooth. The older circuits, it’s much more open between all the stones, so it works the tyres more, whereas this one is super closed and flat and shiny, and I guess the oil seeps from the tarmac I guess, or whatever they put down.

Hamilton revealed he had not been able to do any work on the set-up of his Mercedes W11 car as he spent all of practicing focusing on his tyres.

“I’ve not changed a single thing with the car today, because if the tyres aren’t working, then you don’t really know what the balance issue is, and it’s literally just tyres,” Hamilton said. 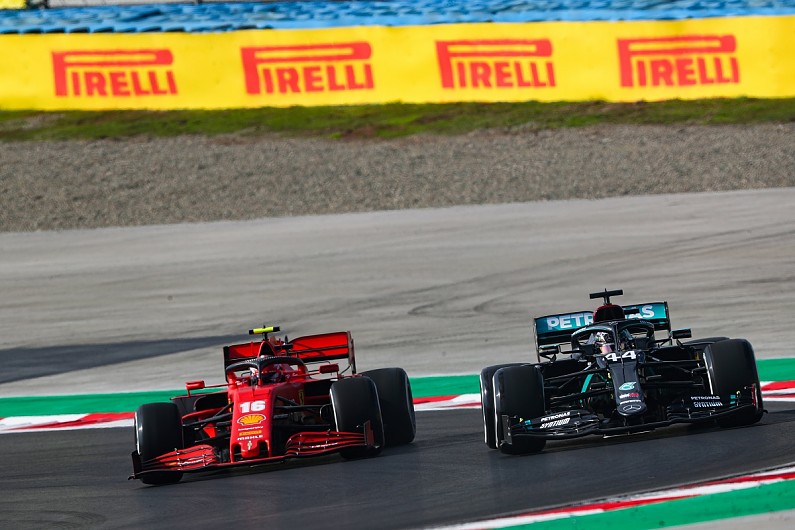 “But you see other people are getting them to work, you can go from one lap to the other, and all of a sudden, you find a second because the tyres worked in a couple of corners.

“Obviously the Red Bulls are doing really well with it, and we’ve definitely got some work to do tonight to try and figure out what we can change. It will be difficult for the fans to understand, because there are fundamental things you can’t change on the car.

“We’ll just have to do the best job we can.” Rossi would have stopped racing without Yamaha MotoGP return – MotoGP