Haas boss Gunther Steiner says Mick Schumacher’s work ethic and way he integrated with the team were the most impressive aspects of his first Formula 1 race weekend appearance.

Schumacher finally got to do his maiden F1 free practice outing at the season finale in Abu Dhabi, having had a first attempt to do one with Alfa Romeo called off because of rain at the Eifel Grand Prix.

Steiner, who has signed Schumacher for 2021, says that judging the German’s speed in free practice was pretty pointless – but he said he saw enough in the garage to be convinced about how good he can be.

“He did a fantastic job,” said Steiner, reflecting on Schumacher’s first run with the team. “I didn’t see it as a test session, as you cannot really see a lot of the potential of a driver there.

“But what you can see [is] how his personality is. How he’s prepared to work and what he takes in.

“Because there is, for these young guys, a lot to be taken in, being the first time on a F1 circuit, especially if your last name is Schumacher. 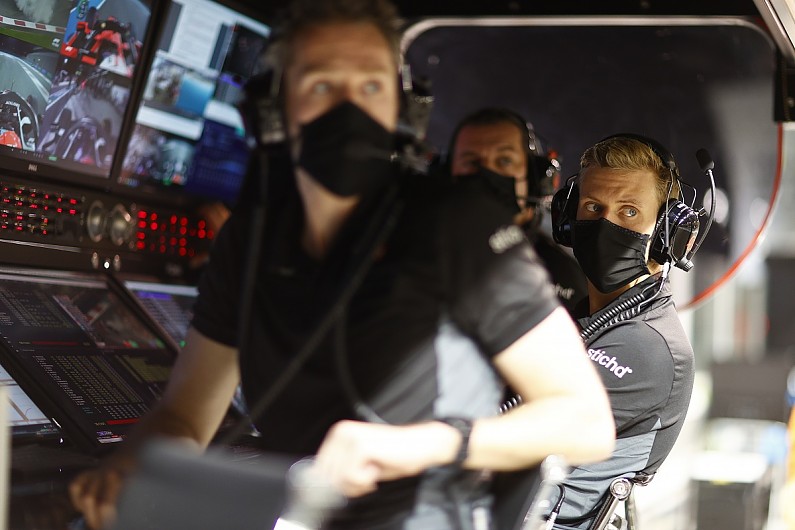 “There’s a lot of eyes watching you and, if you are 21, you need to have a lot of confidence to do that, and he did a good job all over the week.”

Steiner said he carefully observed how Schumacher worked with the crew around him, and how he then dealt with delivering what had been asked of him.

“And, by the way, also his performance in the car, we didn’t put any pressure on him on what to do [but] it was good, you know, because I said just the most important thing is: do not make any mistake, because that just takes you back.

“He didn’t do anything [like that]. He performed very well. He knew exactly where he lost his time compared to the other people.”

Schumacher completed another day with the team at the post-season Abu Dhabi test and will now have another day-and-a-half of running in pre-season testing at Barcelona in Spain next March ahead of his F1 race debut.