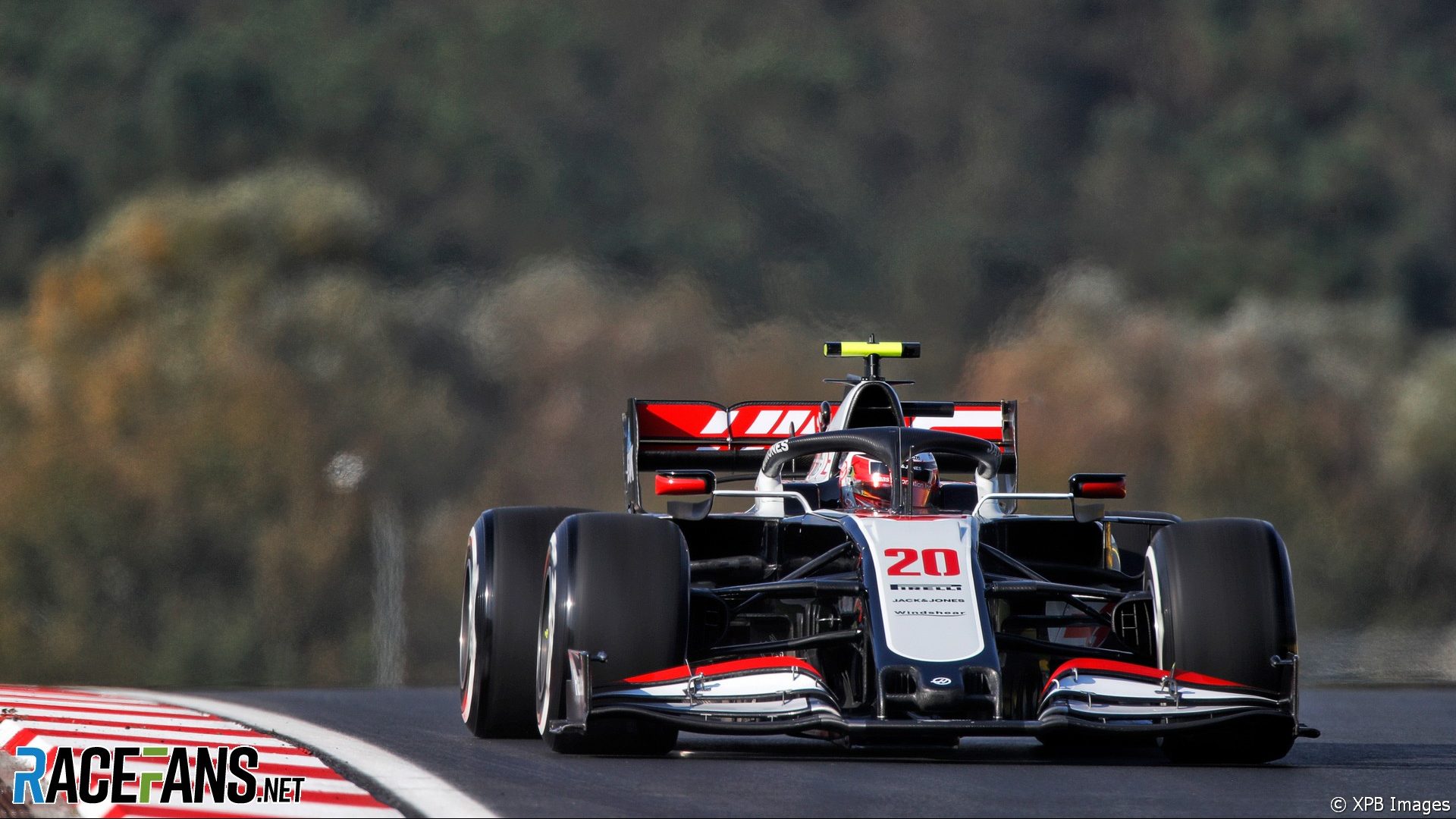 Haas drivers Kevin Magnussen and Romain Grosjean say their replacements will find their car easy to drive but not competitive.

Formula 2 championship leader Mick Schumacher is expected to be announced as one of the team’s two drivers in the near future. His F2 rival Nikita Mazepin is rumoured to be a contender for the second seat.

“I don’t know if that is the case that those guys are stepping in,” said Magnussen when asked how he thought an all-rookie line-up would fare in the VF-20. “But whoever is going to step in I don’t think they’re going to find a very difficult car to drive, at least.”

Magnussen said the car has often turned out not to be competitive this year despite feeling well-balanced. “These cars are very good,” he said. “Many times I’ve driven the car and thought ‘this is going to be competitive because the feeling is good’.

“But it isn’t and we’re slow because we lack quite a bit of everything. That’s really what makes us under-competitive – not because the car is particularly difficult to drive. I think they’re going to find it very fast and enjoyable to drive.”

Grosjean said Formula 1 is generally “difficult for a rookie” but described the VF-20 as an accessible car. “As Kev said the car is a bit understeery so in that aspect it’s not a too hard car to drive,” he said.

“It’s always going to be the key of getting the tyres to work and with the 2021 tyres I don’t know how it’s going to go. But it’ll be faster than what they’re used to.”