BMW Andretti duo Maximilian Gunther and Jake Dennis are confident that the German manufacturer can mount a sustained title challenge in its final season in Formula E this year.

BMW made a strong start to the 2019/20 Formula E campaign, scoring early wins in Diriyah and Santiago, and a podium finish in Marrakesh to grab second spot in the teams’ standings.

But the team’s performance took a nosedive when the season resumed in Berlin after the coronavirus-induced hiatus, and after scoring points in just two of the final six races it slumped to fifth in the final championship order.

Gunther, who scored two of BMW’s three wins last season, believes the team has a package capable of ending DS Techeetah’s run of back-to-back Formula E teams’ titles, having got on top of the issues that blighted its 2019/20 campaign.

“I think we did a good job now over the off season, very good development and took the right decisions. I think we’ve got a really good package.

“Me as a driver I’m still growing, always trying to improve. I feel like we’ve got everything we need to fight for this championship which is obviously our goal.

“On the same hand we all know how difficult Formula E [can be], how big the competition and there is nothing guaranteed. We need to focus on our [own] to extract all from ourselves to do the best possible job every day and like this we can have a chance to fight.”

Dennis believes BMW’s struggles in the second half of last season were largely down to the i.FE.20 package not suiting the Tempelhof Circuit, which hosted six races in quick succession on three different layouts. 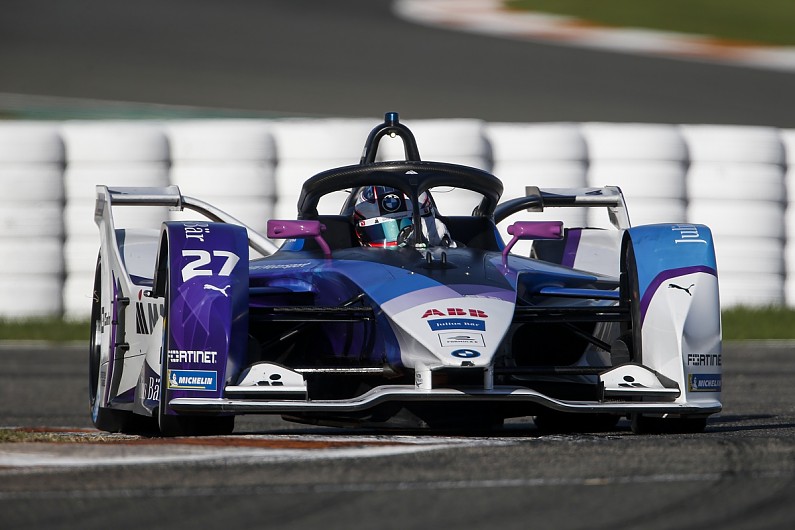 But the British driver, who is replacing Mahindra-bound Alexander Sims in BMW’s driver line-up, sees no reason why the German manufacturer can’t cap off its FE stint with a title.

“I don’t see why not,” Dennis told Autosport. “We’ve obviously improved on the package we had last year. So I think the car is going to be performing well.

“It just really depends on the likes of DS Techeetah, Jaguar and Mercedes and Audi, how much performance they can bring to the table.

“There are obviously new powertrains coming in, new updates for the likes of DS Techeetah in April, same with Nissan. It really depends on how much their upgrade brings them.

“I think we are in a very good position to definitely fight for podiums and wins and if everything goes well we’ll see where we are at when it comes to the qualifying and races.

“We obviously analysed the situation [last year]. Berlin wasn’t the best suited track for our car at that time and obviously Berlin was six races of the championship. If your car is not quite suited to this track, you miss a lot of performance already.

“So BMW have worked hard over the winter, trying to improve the weaknesses of the car and I think we’ve done this.”

The new Formula E season begins with a double header in Saudi Arabia on 26-27 February.