Romain Grosjean says he does not like that all radio messages in Formula 1 can be broadcast on TV following two recent incidents involving drivers’ comments.

Max Verstappen and Lando Norris both faced criticism for comments made over team radio about Lance Stroll during the Portuguese Grand Prix weekend at Portimao.

Norris apologised after swearing at Stroll following a crash in the race, while Verstappen said it was “not correct” for him to use offensive language that led to condemnation from the Mongolian government.

All team radio between the cars and the pitwall is broadcast via F1’s streaming service, F1 TV, and is often also played on broadcasts and circulated on social media after the race.

Asked by Autosport whether the open radio broadcasts made it more difficult for drivers to speak their minds, Grosjean questioned if all messages should be published.

“First things first, why is it broadcasted?” Grosjean said.

“The cockpit, and the radio to your team is your own environment, and I don’t like radio messaging being broadcasted.

“Imagine if you were broadcasting what’s going on the football pitch? I think it is more fruity and colourful.

“You can’t always speak your mind. You need to respect people. We’re not perfect at it, and I’m not. I’m far from being perfect at it. 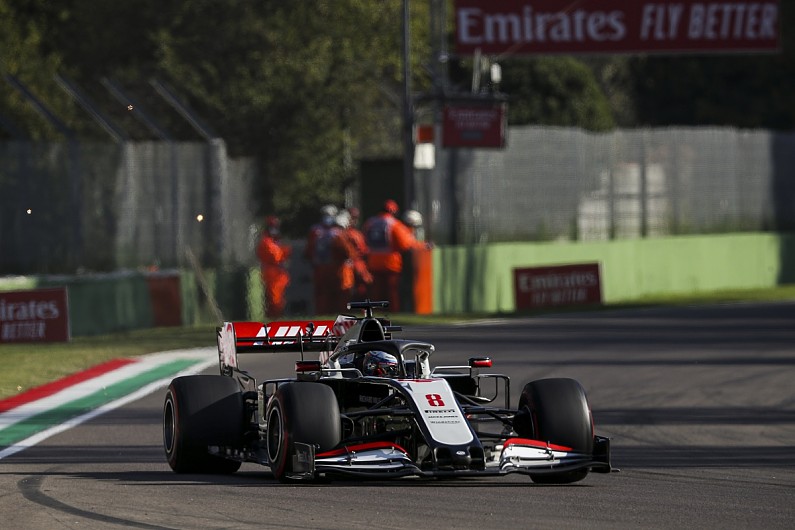 “But also you have to bear in mind that we drive in car at 330km/h, pushing it to the limits, and knowing that there is a risk involved.

“It’s not like if I was sitting on my sofa, having a nice glass of red wine, and commenting on what’s going on from outside, where it all looks kind of easy.”

Norris also moved to apologise for comments made about Lewis Hamilton in the wake of his record-breaking 92nd grand prix victory in Portugal, saying the Mercedes driver only had two other cars to beat.

It led to some questions about the freedom F1 drivers had when making comments, with Grosjean acknowledging it was not possible to be completely honest.

“But in the world we live in, we always need to be careful in what say or how we say it. I think it’s just the society nowadays.”