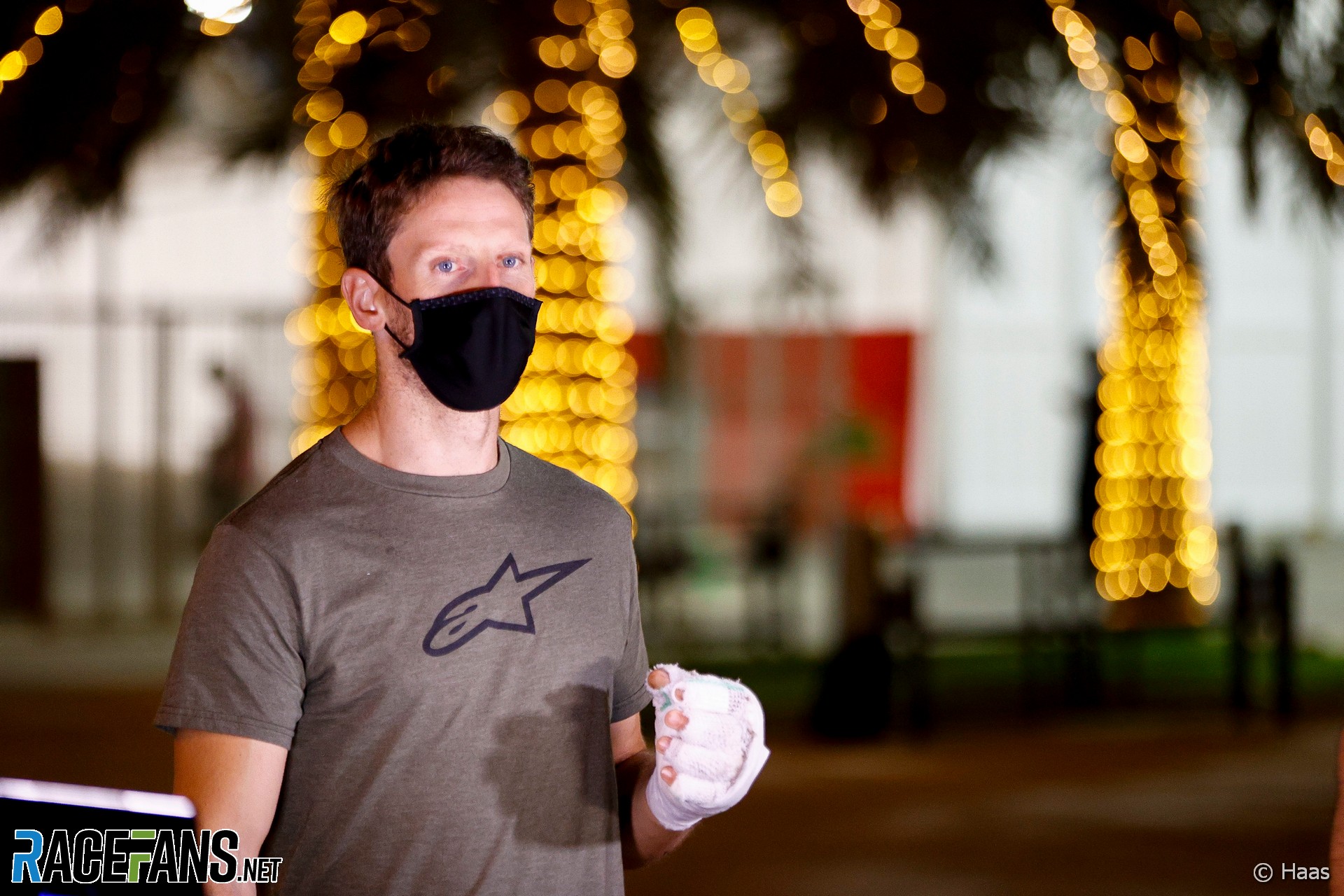 Romain Grosjean admits he is reconsidering a potential move into IndyCar racing following his huge crash in Bahrain last week.

The Haas driver began looking for a way into the American series after learning he would not remain in F1 next year. He was initially concerned about the prospect of racing on ovals, but changed his stance after learning the majority of next year’s 17 IndyCar races will take place on road and street courses.

But after surviving his horrifying crash on Sunday, Grosjean said the dangers of oval racing are on his mind again.

“Obviously, we were talking about IndyCar at one point. I think the thought now to have the risk of ovals where you can have big shunts and having my family far away and seeing it on TV, it’s hard. I don’t know if I could make it.”

Grosjean said his priority to return to racing at next week’s Abu Dhabi Grand Prix, if the burns to his left hand heal sufficiently.

“The first and only target at the minute is to try to get back to Abu Dhabi,” he said, adding he won’t take any decision on his future until later.

“I’ve decided not to take any decision for now until I maybe get to a race in Abu Dhabi or get some more time. Last week the priority was to sign a contract and find a way to go racing in 2021. The priority now is a bit different.

“If I don’t race in 2021 I’ll be cycling, kitesurfing, spending time with my kids, enjoying life and having time off. Which I didn’t have since I am 17, probably.”