The veteran MotoGP team boss was admitted to hospital on 27 December in Imola, Italy, after testing positive for COVID-19 just before Christmas.

He was subsequently transferred to a hospital in Bologna to a specialist COVID ward as his condition deteriorated somewhat, with the Gresini team confirming he was placed into a coma due to low blood oxygen saturation levels.

In a statement issued on Friday evening, the team says Gresini’s condition has improved enough to the point doctors are beginning “a slow awakening process”.

“The conditions of Fausto Gresini – who was transported to the Carlo Alberto Pizzardi hospital in Bologna on 30 December – are slightly improving,” the statement read.

“After his arrival at the hospital (Intensive Care Department of Prof. Cilloni) with very low blood oxygen saturation levels, the Gresini Racing Team Principal was induced into a pharmacological coma and received an endotracheal intubation to help organs oxygenation.

“During the last few hours, in light of stable and improving general conditions, the doctors decided to begin a slow awakening process to allow independent lung ventilation. 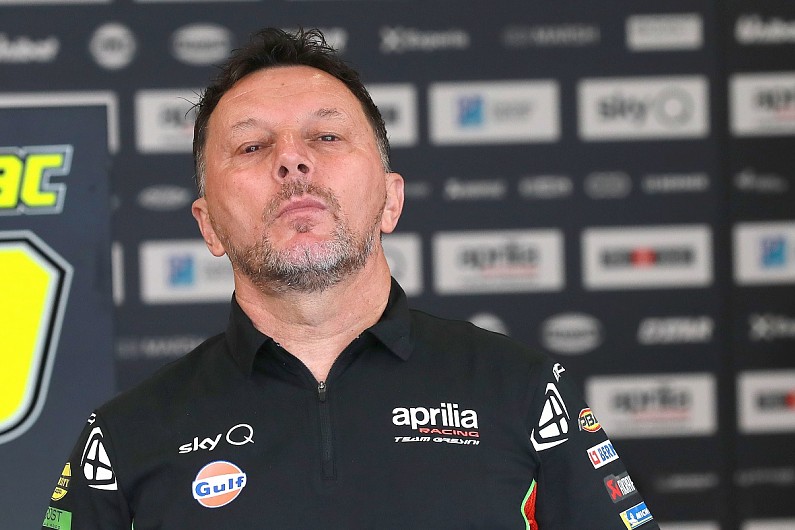 COVID-19 forced the 2020 MotoGP season to be delayed from its original March start date to July, with a new 14-round calendar centred in Europe implemented.

MotoGP enforced strict protocols within the paddock to quell the spread of the virus, though several high-profile names still caught COVID-19 away from circuits.

New Pramac MotoGP rider Jorge Martin was forced to miss the Misano Moto2 double-header after becoming the first rider to catch the virus, with nine-time grand prix world champion Valentino Rossi ruled out of the Aragon rounds after testing positive.

The Gresini team will remain Aprilia’s official factory entrant in 2021, but announced in December it would once again be an independent outfit from 2022 – having last raced as a satellite squad in 2014 with Honda machinery.

As a result, Aprilia will become a proper factory team from 2022.

Morbidelli 'wants to be aggressive, see what we can achieve'