American road car manufacturer GMC has signed a deal to partner the Chip Ganassi Racing team for its entry into the maiden season of Extreme E.

GMC, which exclusively sells SUVs and trucks, is part of the wider General Motors automotive corporation, and is the second car maker to tie up with an XE team.

Its multi-year deal to sponsor CGR follows the Abt team’s deal with Volkswagen Group sub-brand Cupra. It paves the way for both teams to modify the bodywork of their standardised ODYSSEY 21 XE machines to resemble the manufacturers’ road cars.

This comes as GMC will revive the Hummer name with the introduction of an all-electric 1000bhp model to launch in 2022.

The General Motors US vice president of performance and motorsports, Jim Campbell, said: “I can’t think of a better fit than showcasing the look of GMC’s Hummer EV in Extreme E with Chip Ganassi Racing.

“Both GMC HUMMER EV and the Extreme E series are designed to be revolutionary – to challenge perceptions of electric vehicles and to showcase their true capability.”

GMC has confirmed the CGR car, shared by off-road racers Kyle LeDuc and Sara Price, will take styling cues from the Hummer for its grille and graphics, most notably. 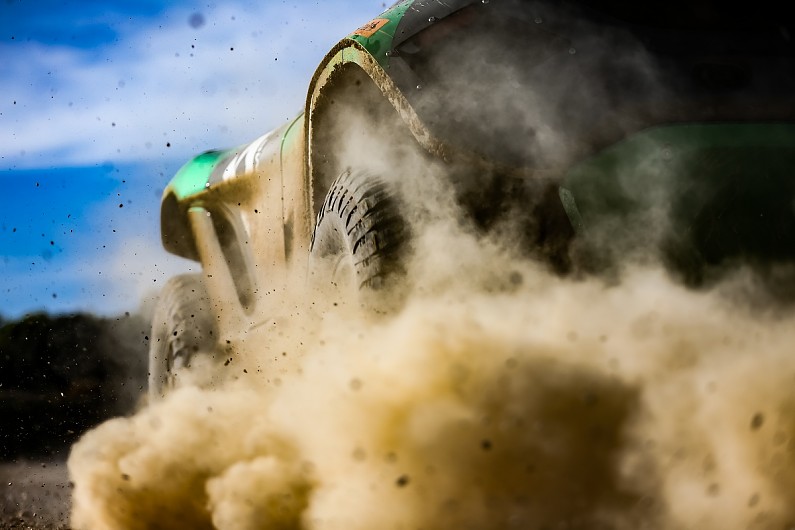 The new GMC Hummer EV is going to be a game changer in terms of how the world views off-road EV capability, and we couldn’t be more proud to represent GMC in such an innovative new series.”

Aside from the high-performance Cyclone and Typhoon models of the early 1990s, GMC has had very limited exposure in motorsport.

However, its inline six-cylinder engine was used to power Chuck Tatum’s 1952 sportscar for competition in the Sports Car Club of America Racing series.

The wider General Motors corporation is better represented, though, courtesy of Chevrolet’s presence in NASCAR, the IMSA SportsCar Championship and now in Australian Supercars – with the Camaro replacing the long-standing Holden Commodore attack.

“Not only will Extreme E be a thrilling motorsport, it will also showcase the performance and benefits of electric vehicles.”

Earlier this week, XE announced that 2009 Formula 1 world champion Jenson Button would race in the inaugural 2021 campaign for his own JBXE team.