Alfa Romeo Formula 1 driver Antonio Giovinazzi believes working on his race starts has been one of the keys to his improvements across the 2020 season.

After a tough debut season Giovinazzi was retained at Alfa alongside Kimi Raikkonen and managed to qualify ahead of the Finn in nine out of 17 events.

Both drivers scored four points in a difficult season for the Swiss team, but Ferrari protege Giovinazzi continued to make progress and convinced the Scuderia to keep him at customer team Alfa for a third year in 2021.

Giovinazzi particularly impressed with his starts last year, often making up positions on the first lap.

Reflecting on his season talking to Autosport, Giovinazzi disclosed his improved starts are the result of deliberate effort, watching onboards from his debut season and from his colleagues to see where he could improve.

“After qualifying of course we do the debriefing [where] you watch maybe the lap you did [and see] maybe where you lost something. But after that moment I’m just focused 100% for the race and for the start especially,” Giovinazzi said.

“Because with the cars that we have and then with the difficulty to follow and overtake, I think if you have a good start and good first lap and you gain positions there, then the race will be much more easy. 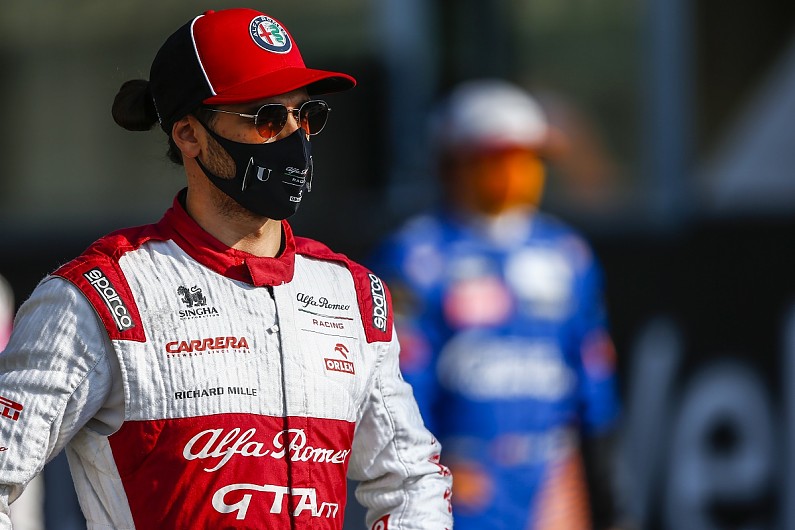 “I focus a lot on watching [videos] from the past year – the starts and onboards and also some videos that we have from last years.

“And this works quite well I would say. I’m really happy with the work that I did in this season and will continue to work like this for the future.”

Due to the COVID-19 disruption F1 raced on several new circuits it hadn’t visited in years, which meant Giovinazzi would try and get his hands on footage from other categories to see where he could gain positions.

“When we have new tracks, of course I’m trying to watch maybe from the other categories – Formula 4 – every video that I can find the start [at] that track”, the 27-year-old added.

“I try to learn something from the videos, but yeah, it was not easy. I would say it’s much more easy to have [a known quantity] like a Bahrain that you raced before and there’s so many starts that you can watch online and what can happen in each corner.

“This is much more easy, but it was also quite nice to see in Imola watching the Formula 4 starts and then I had again a good first lap over there, so it was good.”