Garrett Gerloff says being called up by Yamaha to potentially ride Valentino Rossi’s MotoGP bike in the European Grand Prix is an “honour” and the “stuff dreams are made of”.

Yamaha confirmed on Wednesday that one of its World Superbike riders Gerloff had been selected as the standby replacement for Rossi for this weekend, after the Italian tested positive for COVID-19 again on Tuesday.

Rossi underwent another test on Wednesday, but the results of this are not known yet, with Yamaha hoping to have news by 7pm local time.

Gerloff wishes the circumstances surrounding his potential MotoGP debut were different, but concedes it’s still “an amazing opportunity” for him.

“About the whole situation, it’s obviously unfortunate and I wish that it wasn’t the situation with Valentino being positive for COVID,” he said when asked by Autosport what his feelinsg were ahead of the European GP.

“That’s definitely not good and I hope he recovers as fast as possible.

“But if he’s still testing positive, for sure it’s a pretty amazing opportunity to ride the Yamaha M1 and be at a MotoGP race. It will be pretty crazy.”

When asked what it was like to potentially ride the nine-time world champion’s M1, the WSBK podium finisher added: “For sure, I’m honoured Yamaha is considering me for the replacement ride for Valentino. It means a lot to me, it’s cool. 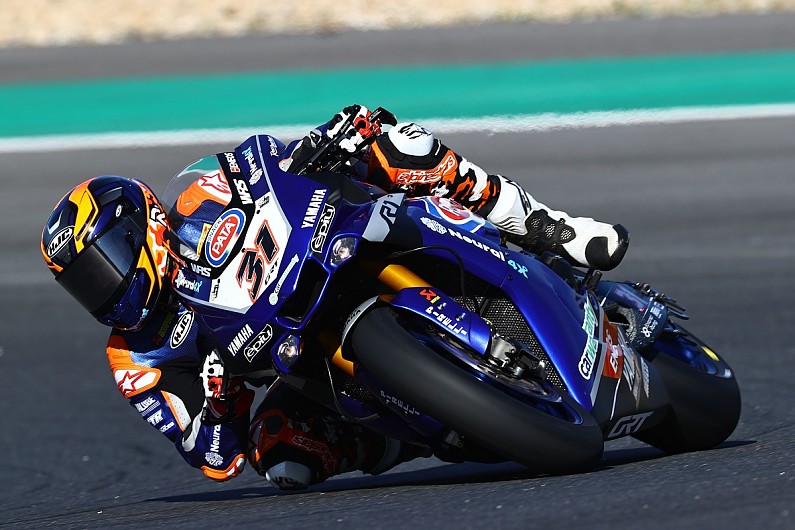 “As a Yamaha rider and as a motorcycle fan in general, to potentially ride one of the greatest of all time’s bike, that’s definitely an honour and it’s some big shoes [to fill].

“But it would be amazing. I’ve been watching MotoGP since like 2006 and he’s always been the best guy or one of the best guys.

“So, for sure I have a lot of respect for Valentino. He’s an amazing rider, I don’t have words, it’s something that dreams are made of.”

Gerloff says he wants to discover from Yamaha how Rossi approaches a race weekend and also what he struggles with on the bike to figure out his own plan of attack.

“The first thing I want to know about is what is Valentino’s style of approaching a weekend, what are the things he focuses on the most, what is his strategy to attack the weekend?,” he said.

“Also I want to know what are some of the things he’s been struggling with with the bike, so that maybe I can have that in my head a little bit and try to have a complete picture of what the situation will be.”

Friday’s running at Valencia is set to be in wet conditions, but Gerloff doesn’t feel this will disadvantage him as he learns MotoGP machinery as everyone around him will have to ease into the sessions too.

“I think for me it could be a good thing just because with it being wet, it’s one of those things where you have to work into everything slow and everyone has to work into the weekend slow,” he added.

“I’ve never been to this track, I’ve never ridden the GP bike. There’s a lot of newness, so to go into the start of the weekend with some weather, I don’t think it will be a bad thing.”