Gasly to start from the back of the grid · RaceFans 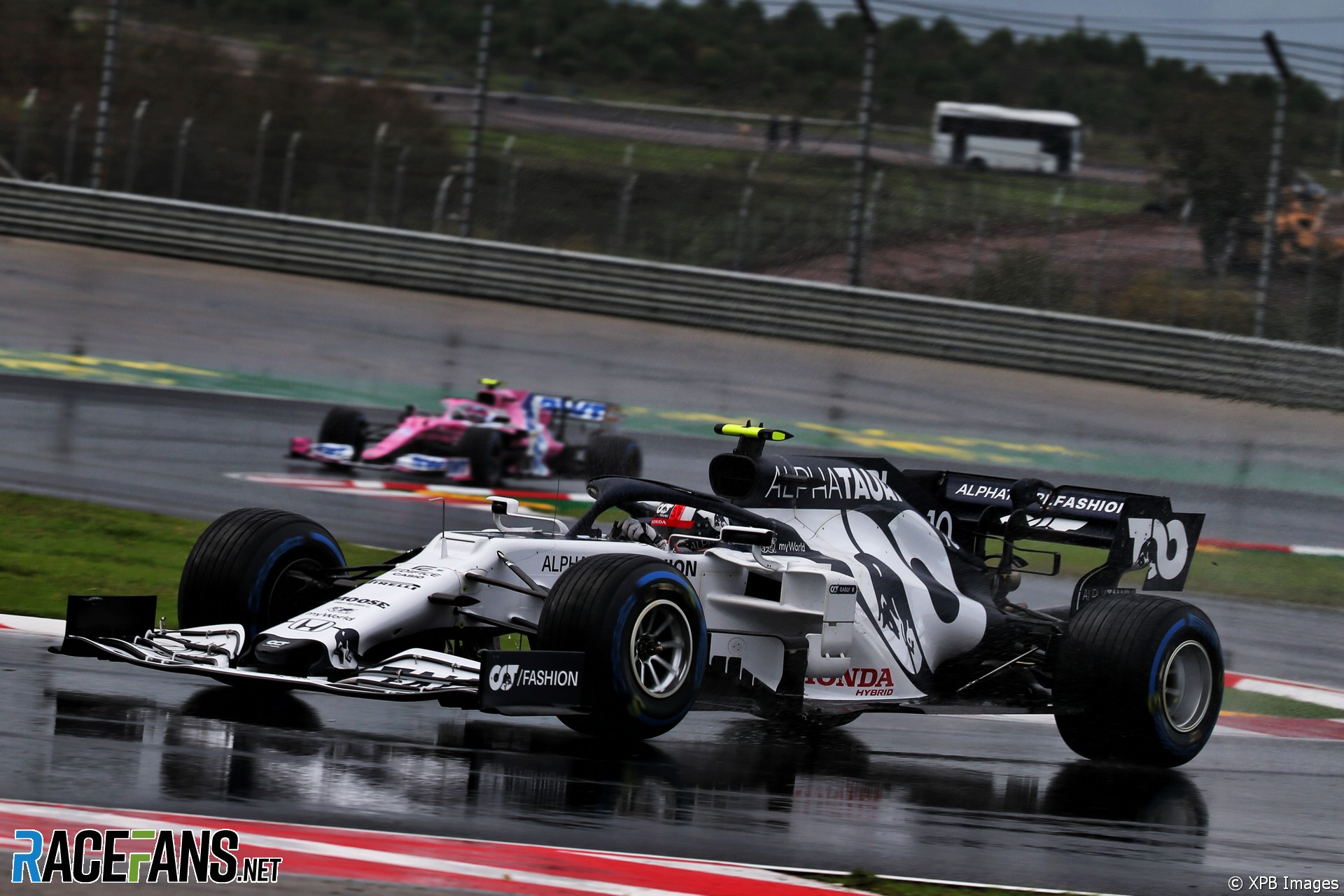 Pierre Gasly will start the Turkish Grand Prix from the back of the grid after AlphaTauri advised the FIA they intended to change his power unit.

The penalty has been applied despite the team deciding not to go ahead with the change, as the stewards explained:

“After qualifying the team, based on a request from their engine supplier, asked to change all PU elements in Car 10 during pre-race parc ferme. Permission was granted by the F1 Technical Delegate. Such a change comes with a requirement to start the car from the back of the grid.

“The team then carried out work in disassembling the car under parc ferme conditions. During that work the team ultimately decided not to change the PU and ultimately reassembled the car with the original PU. Per the report of the Technical Delegate the car was disassembled to a stage where it is impossible for the scrutineers and other supervision means in place to guarantee that no modification to the car has been carried out to any component by disassembling and refitting the original items.

“This is normally not an issue because of the mandated penalty for such a change. The stewards determine that the specified penalty for the authorized work in parc ferme is in effect from the time the change was started, notwithstanding whether or not the PU change was ultimately completed.”