Pierre Gasly has downplayed the value of AlphaTauri’s pre-season test at Imola despite equalling his best Formula 1 qualifying performance with fourth place for the Emilia Romagna Grand Prix.

Prior to the Austrian GP 2020 season opener and even before the Imola race was confirmed on the reshaped F1 calendar, Gasly and his team-mate Daniil Kvyat shared 100km of running during a filming day in the AlphaTauri AT01 car at the Italian track. They also did some extra unrestricted mileage in a 2018 Toro Rosso.

Both drivers were near the top of the times from the start of the morning practice session on Saturday, and Gasly progressed strongly through the three qualifying sessions in fifth, third and finally fourth place in Q3. Kvyat also made the top 10 and will start eighth.

Although AlphaTauri was the only F1 team to run at Imola, Gasly denied that it was the secret to his good form.

“I would say obviously we take it, it was a nice decision to come here,” Gasly said. “But it was 15 laps far from the pace we had to go to today. So it was not really representative, but it was good to have the first idea of the track layout and kerbs.

“I will say it’s a probably a mix of many things. The car has been feeling good straightaway out of the box in practice.

“We carried over the findings from Portimao, and the last few races, and the package seems to work well on this track.

“So today was no wind at all, and we know the car in this condition seems to work quite well. And we’ve managed to put some good laps in practice. Every qualifying, Q1, Q2, Q3 as well.

“It was a very tight battle between everybody, but we managed to come out on top.” 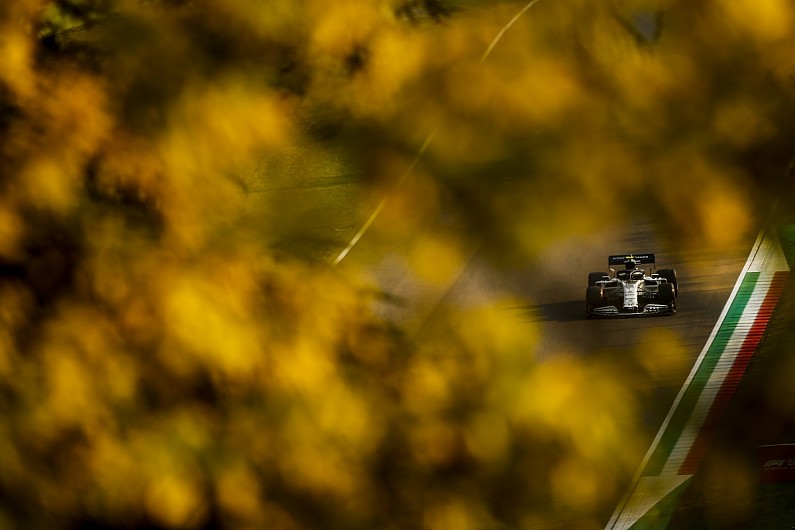 Gasly, who earlier this week was confirmed at AlphaTauri for 2021, is hopeful that the team can finish the year strongly.

“I think we can always do better as a team and also on my side,” he said. “So really trying to grab every point we can until the end of the year with five more races. I think this year has been very good so far.

“But it’s important to finish as high as we can, because obviously the cars are not going to change massively next year. So everything we can do to improve our overall performance will be beneficial for next year.

“Obviously, the team championship at the moment, the gaps are pretty big, but it’s important that we prepare ourselves the best way possible to be in the mix for the fight for next year. And obviously, that’s work which continues every weekend.”

Gasly was also asked about Red Bull boss Christian Horner’s assertion that it was “made clear” why he had not been considered for a promotion should Alex Albon be dropped next year.

“Well, they said I’m an AlphaTauri driver and that’s basically it. I don’t want to go into details about all the talks we have, because I think it should stay between them and myself, but the reasons why exactly, I don’t know,” he said.

“But it doesn’t matter. I just wanted to know if I’ll be driving a Red Bull or an AlphaTauri next year. Now everything has been sorted out.

“And as I say, I’m not disappointed, I was just surprised, just to clarify, I was surprised not to be considered. That’s the only thing. But as I said, everything is sorted now.

“I need to put in strong performances to show what I’m able to do. And this will bring me good opportunities for the future. That’s what I’ve got to focus on.”