Robin Frijns has conceded it might be tricky for him to continue full time in the DTM in 2021 due to potential clashes with Formula E and coronavirus-related uncertainties.

For the last three years Frijns has combined his FE commitments with Envision Virgin Racing with a factory Audi drive in the DTM, scoring multiple race wins in both categories.

While the Dutch driver already has a contract with Envision for the 2020/21 FE season, he is yet to pen a deal to remain in the DTM for its first season under GT3 regulations.

But a fourth consecutive campaign in the German-based category now looks difficult to pull off, as he believes his FE programme may not allow him to complete a full season elsewhere.

The 2021 DTM calendar currently comprises nine rounds in Europe from late May to early October, while FE has so far only confirmed its Saudi Arabia opener – although the next batch of races are set to be announced at the end of this month.

“I still say, if I get the chance, I will grab it with both hands, but it is very difficult for myself to say anything at the moment,” Frijns told Autosport when asked if he could race in both Formula E and the DTM in 2021.

“Everyone knows that Formula E is my priority. For the last two or three years, I have always been lucky that there has been no clash between Formula E and DTM. But now these calendars are changing because of COVID.

“They say from Formula E when the races have to take place, but that can change quickly.

“So I can’t say to Audi, ‘I want to drive DTM’ if I then have to miss two, three or four races due to clashes with Formula E. That’s why it is very difficult to say ‘I’m going to drive DTM’.

“The fact is that Audi is very keen to keep me. They are very happy with what I have done and how I work with the team.

“That is not a problem, only the calendars are a problem. Audi can’t really offer me anything in the DTM right now and neither can I [give them any guarantees], just because we don’t know how many clashes there are.” 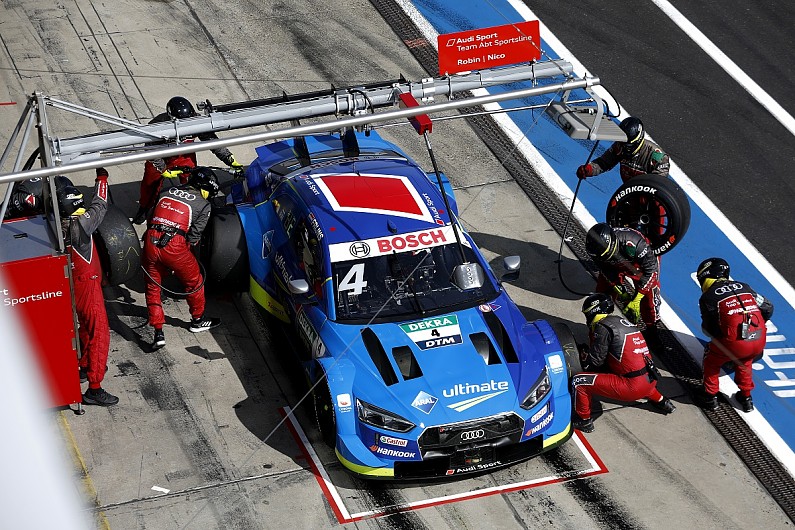 Frijns was in the thick of the DTM title fight for much of the 2020 season, with only two consecutive retirements in the Zolder double-header leaving him out of contention.

He still finished third overall in the standings behind champion Rene Rast and teammate Nico Muller with three race wins, recording his best ever finish in the series.

Frijns’ team Abt has already announced that it will field a pair of Audi R8 LMS GT3s for the inaugural campaign of the DTM’s new era.

However, the 29-year-old insists he can’t sign a deal with Abt if he’s unsure he’d be able to contest the full DTM season, as it could hamper the outfit’s championship ambitions.

“Of course, a team like Abt wants to fight for the championship,” he said.

“So if I say I want to drive DTM but can’t do two races, they probably won’t do that. They want to fight for the title. So I do understand Abt.

“How unfortunate it may be if I can’t drive a DTM purely because of clashes with Formula E. But that’s part of it. I can’t do everything.”