The FIA has announced it will merge the Formula Regional European Championship with the Formula Renault Eurocup to form a new series in 2021.

Plans were unveiled for the new series, known as Formula Regional European Championship by Alpine, on Saturday at Imola, marking a merger of two championships currently placed between F4 and F3 on the motorsport ladder.

The Formula Regional European Championship was established in 2019 following the creation of a new international FIA Formula 3 championship that replaced the GP3 Series.

The Automobile Club d’Italia beat Renault to the rights to operate the championship, but the two parties will collaborate from next year as part of a streamlining of the junior single-seater ladder.

The involvement of Alpine comes as part of the Renault sub-brand’s greater profile within motorsport, extending to a renaming of the French marque’s F1 team from 2021.

Next year’s championship will feature 10 rounds consisting of two races per weekend. Three rounds will be staged in Italy, with the remaining seven spread across Europe.

Reigning W Series champion Jamie Chadwick has raced in FREC this year, and currently sits ninth in the standings. 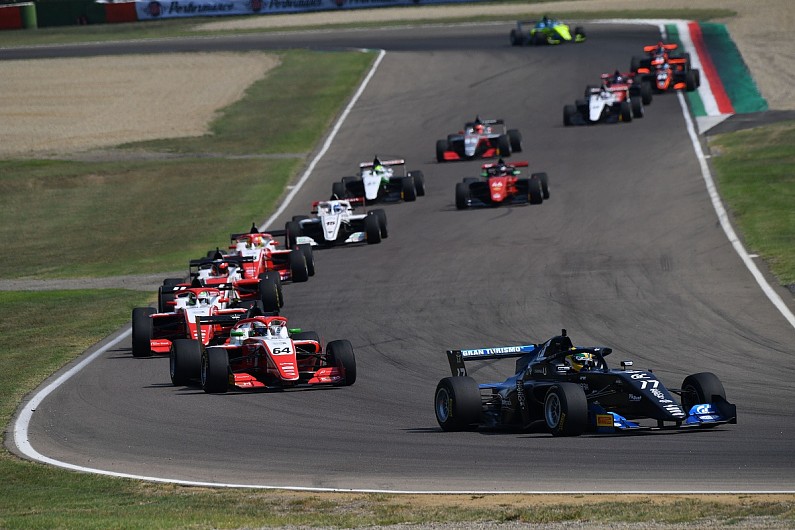 Drivers will race in Renault-powered Tatuus chassis, with the new cars being built by the racing department at Alpine’s base in Dieppe.

“The establishment of a new Formula Regional European Championship by Alpine, certified by FIA, is another significant step in refining the pathway to the pinnacle of motorsport, Formula 1,” said FIA president Jean Todt.

“It joins the Formula Regional Championships in the Americas, Asia and Japan to form a global platform for young racing talent to progress their motor sport career.

“I would like to thank Renault, Alpine and ACI for making this merger possible and I look forward to seeing the champions of the future racing in what is sure to be a thrilling new championship.”

Outgoing president of the FIA single-seater commission and future F1 CEO Stefano Domenicali said the merger “adds even greater focus to the FIA’s pathway to the top levels of motor racing”.

“A consolidation of Formula Regional in Europe means that graduates from Formula 4 can learn and grow in a strongly supported, robust and, perhaps most importantly, a competitive environment,” said Domenicali.

“Formula Regional European Championship by Alpine gives them a clear next step on the ladder towards their dream of one day racing in Formula 1.”