Haas stand-in Pietro Fittipaldi is set to make his Formula 1 race debut from the back of the grid in Bahrain after earning power unit penalties for the Sakhir GP.

The Brazilian, who takes over Romain Grosjean’s PU season allocation, received a new energy store and a new control electronics for FP3 on Saturday. Both are the third examples of the season for his car, and are thus above the limit of two.

Both changes earn 10 place penalties as the first extra element of each type, which automatically sends him to the back of grid, an FIA stewards’ decision confirmed.

Fittipaldi enjoyed a solid first day with Haas on Friday, taking 19th place in FP1 after damaging his tyres when he locked up, and then 18th in FP2 – improving to within 0.372s of team-mate Kevin Magnussen.

He also finished 19th in final practice, 0.319s down on Magnussen.

“I took the day step-by-step, I just kept my focus and kept calm.

“I was really happy with the day. The team has helped me with everything, the engineers did a great job talking me through things, and the mechanics have done a great job as well.

“The only set-back was in FP1, we had a lock-up that damaged my tyres, I couldn’t do any further running.

“I kept my cool and we just went into FP2 and got through our run plan.” 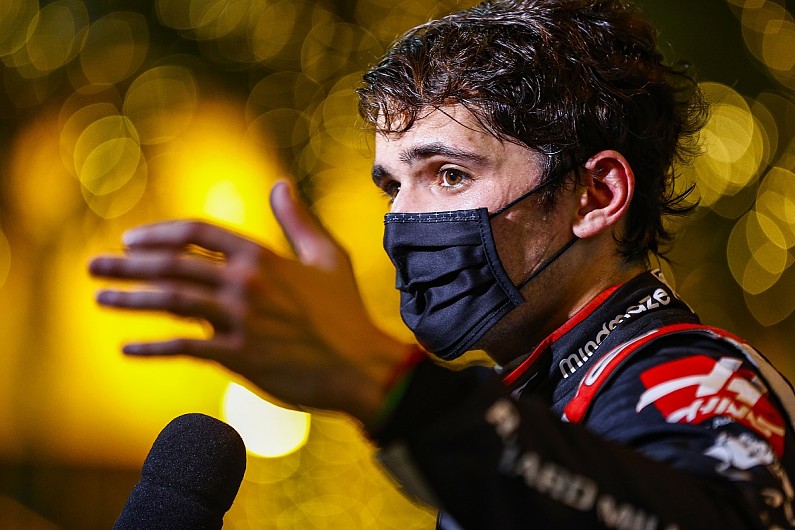 Team boss Gunther Steiner said on Friday that Fittipaldi had settled in well, but noted that it was too early to discuss whether he will retain the reserve role in 2021, with F2 drivers Mick Schumacher and Nikita Mazepin replacing the outgoing Grosjean and Magnussen.

“He really prepared well for it over the last week since we told him he is going to race instead of Romain,” said Steiner.

“He prepared himself and we just have to let the weekend come to us and try to make progress with him.

“I don’t know really yet what he is going to do next year, whether he is going back to race in some other series, we haven’t really talked about that one.

“But Pietro became a friend to the team in the two years he is with us.”