The FIA World Motor Sport Council has approved changes to the Formula 1 sporting regulations that will be used for the two-day Grand Prix weekend in Imola.

The FIA has created customised rules that will be applied only for the Emilia Romagna Grand Prix, before reverting to the standard rules for the rest of the season.

Many of the changes relate to the timing of regular elements of the weekend schedule that have been moved.

The single free practice session on Saturday morning will last for 90 minutes, and it will be separated from the start of qualifying by a two-and-a-half-hour gap, 30 minutes longer than the usual break between final practice and qualifying, to give teams more time to process what they learned.

There will be two drivers’ briefings, with the first in the standard late Friday slot, essentially to talk about any matters resulting from the last race in Portimao.

A second meeting has been added to the lunch break on Saturday, so drivers can give any feedback on the circuit between the single free practice session and qualifying.

Teams are in theory still free to run a ‘Friday’ driver in FP1, but the option won’t be used given that race drivers have just the single session to learn the track.

The curfew rules have also been adjusted to reflect the fact that that is just one restricted period, overnight on Friday, instead of the usual two.

With no Friday action each driver will have 10 rather than 13 sets of dry tyres: two sets of hards, two mediums, and six softs. Three sets have to be returned after practice.

FIA race director Michael Masi acknowledged in Portimao that a lot of work was required to adjust for the new format. 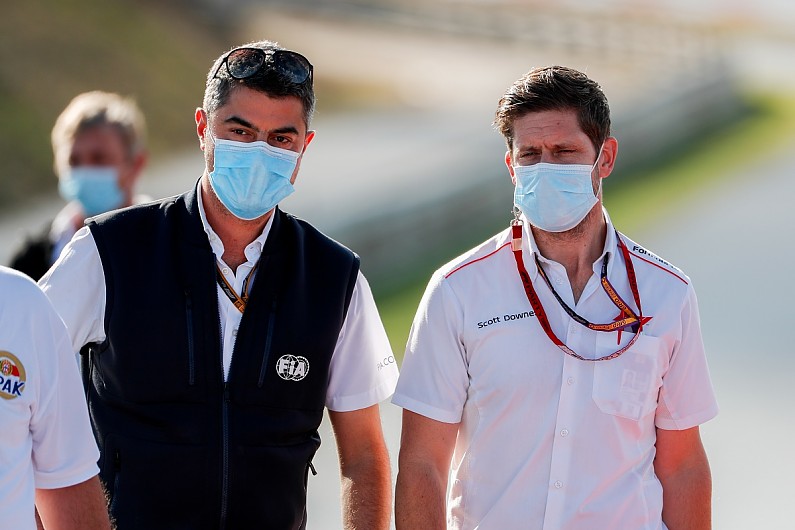 “The sporting regulations for a two-day event have been voted or finalised through the World Motor Sport Council,” he said. “They have required a significant amount of change to facilitate a two-day event.

“And it’s compressing everything, because effectively what has occurred is all of Friday’s normal activity has been removed. Even some of the elements of scheduling, of drivers’ briefings and so forth, that normally happen after the first day of practice.

“It’s going to certainly be interesting to see, and something I’m looking forward to. And I know having spoken to a number of the team managers that they are too. It’s just something completely different.”

Although not outlined in the rules there will also be a change to the way Pirelli adjusts its tyre prescriptions.

Any call on a change in minimum pressures will be made not after practice, as is usually the case on Friday nights, but after qualifying and applied for the race.

“We’ve discussed that with the teams and with the FIA,” said Pirelli boss Mario Isola.

“The idea is that we don’t revise the prescriptions after free practice, because we don’t have the time to analyse the data from the teams.

“We will get the data after qualifying, and if it’s necessary to make any adjustment, it’s only for the pressure, and not for the camber.”

Norris has made the next step, says McLaren F1 boss Seidl