Ferrari believes there is no harm if its junior drivers have to wait for a Formula 1 promotion as it considers future programmes for its raft of F2 racers.

With points leader Mick Schumacher set to graduate from F2 into F1 next year with Haas, Ferrari will be left with at least three youngsters still in the category.

Schumacher’s F2 title rival, Callum Ilott, confirmed on Monday that he would not be moving into F1 next year after missing out on a seat with Haas, which the team announced on Tuesday had gone to Nikita Mazepin.

Ferrari has frequently downplayed there being any issues with having so many drivers in F2, and in Bahrain, its F1 sporting director Laurent Mekies said the fact only one of its pool was moving up to F1 in 2021 was no bad thing.

“The key difficulty of that academy business is to find the talent and to grow them,” explained Mekies.

“When you have talents, even if you suddenly have perhaps too many at the same time, it’s a good thing to manage.

“Nobody is saying you have to have them all at the same time, and we are lucky to be in a position where we can offer them programmes to evolve.

“If we don’t have enough seats in F1, we have managed with Antonio Giovinazzi for example in the past. And it worked out quite well, getting a race seat a season or two later. 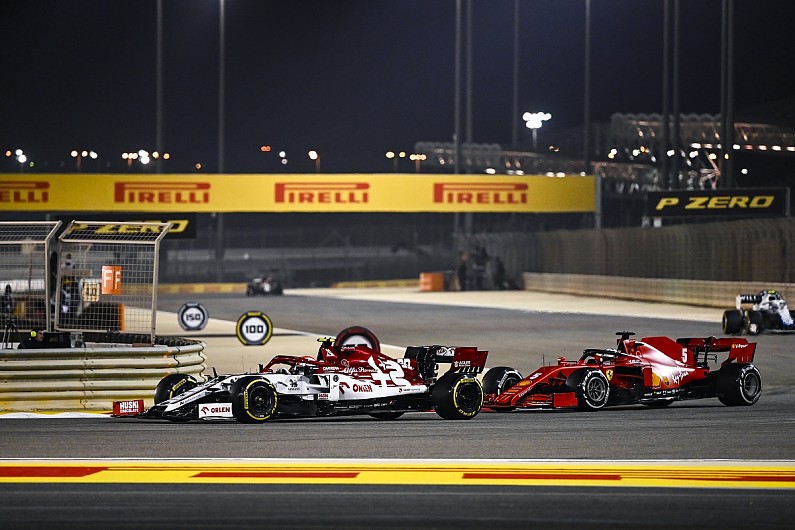 “It’s not more difficult, it’s easier to have talents like that. It will just be another way to grow within the team if they don’t go straight into a race seat.

“I’m sure it will come at a later stage for many of them.”

Giovinazzi became affiliated with Ferrari at the end of 2016 after finishing second to Pierre Gasly in GP2, but had to wait until 2019 to secure a full-time seat in F1 with Alfa Romeo, having made two appearances with the outfit when it was known as Sauber subbing for the injured Pascal Wehrlein in 2017.

Should Ilott beat Schumacher to the F2 title, he would be prohibited from returning to the series for a third year. Both Shwartzman and Armstrong are set to remain in the category for 2021, although their team placements remain unconfirmed.

Mekies said he was impressed by the progression Schumacher, Ilott, Shwartzman and Armstrong have shown through the 2020 F2 season, with the first-named trio all sitting inside the top four in the standings. Armstrong lies 12th, with two podiums to his name.

“They are really doing a very good job. We are very happy with that, the speed doesn’t lie,” Mekies added.

“You stopped [racing] for a few weeks and months, come back and you’re straight all for.

“Callum and Mick were always very fast. But if you look at the guys just behind then, Marcus was in the mix all weekend with them, Robert not so far behind.

“We are very happy with their progression of the boys, and it’s a pleasure to watch them fighting at the front. It’s easy to watch from our perspective.

“I’m sure from their perspective, there is less and less incentive to be friends, but as the gap between them closes, but it’s going to be fantastic, the two races left that I’m sure we’ll all watch.”