F1 is introducing an all-new car concept from 2022, with the ground effect design aimed at allowing cars to follow each closer and hopefully boost overtaking chances.

While Binotto welcomes the new technical rules, he thinks F1’s bosses need to think about other aspects of the sport – such as track designs – as well.

“The 2022 technical regulations are very restrictive, and this makes it difficult to invent something new,” Binotto told Sky Italia.

“But the premise is the right one because everything has been designed to improve the spectacle.

“The cars will lose less aerodynamic performance when they’re in the wake of a rival, which is good, but it would be a mistake to think that’s enough.

“In order to increase the show, new sporting ideas are also needed – not just technical ones.

“Let me give you an example: I personally like gravel traps, as we saw at Mugello, where a driver pays for a mistake.

“I know F1 is working on many aspects of this type. [F1 CEO] Chase Carey started this and Stefano [Domenicali] will continue, and I think this is the right direction.” 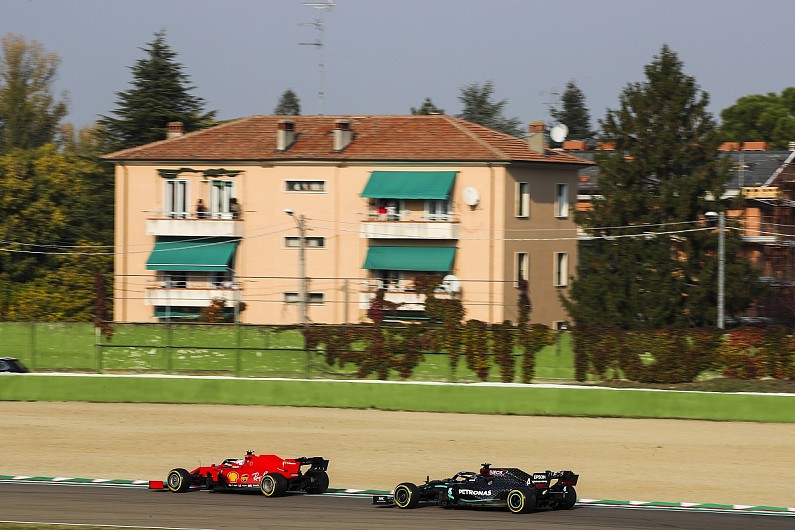 F1 has already pushed to change the commercial platform for teams, to ensure there is a much more level playing field between teams with regards to their budgets.

There has also been some talk about putting more control back in the hands of drivers, by limiting the role of engineers and making the cars less technically complex.

Binotto is cautious, however, about going too far and taking away too much of the teams’ involvement.

“The technical complexity of Formula 1 has often been discussed,” he said. “On several occasions I have heard proposals to reduce the number of sensors on the cars to increase the uncertainty.

“That idea can be considered, but we must also bear in mind that sensors also contribute to safety, as do team radio. So I think we need a compromise.

“F1 is a great sport, and I’m sure it will thrive. We have to be optimistic and collaborate. It is our duty as a team, along with the FIA, F1 and also the media, to tell the fans about the sport without drawing hasty conclusions.”