The Ferrari Formula 1 team says it’s saddened to have lost the level of support it got from former company CEO Louis Camilleri, but isn’t worried about any short-term impact.

Camilleri made a shock announcement on Thursday that he was taking early retirement with immediate effect, after battling with coronavirus over recent weeks.

The sudden decision means that Ferrari chairman John Elkann has temporarily taken over Camilleri’s responsibilities while a full-time successor is sought.

Camilleri had been a big fan of the F1 team and fully supported the long-term plan that has been put in place by team principal Mattia Binotto to get the team back to the front of the grid.

Ferrari’s sporting director Laurent Mekies said Camilleri’s decision had come out of the blue, and was far from ideal.

“It was a surprise for all of us, when we received the note from our chairman,” he said.

“None of us were aware – it’s the way it goes for these kind of situations.

“I think you have seen what our chairman communicated in terms of the reasoning.

“It’s understandable as he apparently has been very badly hit with COVID, and even though it was not life threatening, it’s been very tough.

“And I’m sure it’s not the only reason. But certainly it’s something that I guess at a stage where he is in, with his own past and with his achievements, it’s probably something that makes you think your priorities differently.

“So it’s a shame, because the level of support we got from Louis, from Piero Ferrari, from our chairman John, through Mattia, has been incredible in these two years, especially in this year of crisis time.”

Mekies said that Elkann taking on the extra role for now was positive, as it ensured some stability.

“The good news for us is that our chairman is stepping in for the interim role, and therefore it could not be better to give us stability and the right continuity in terms of support,” he added. 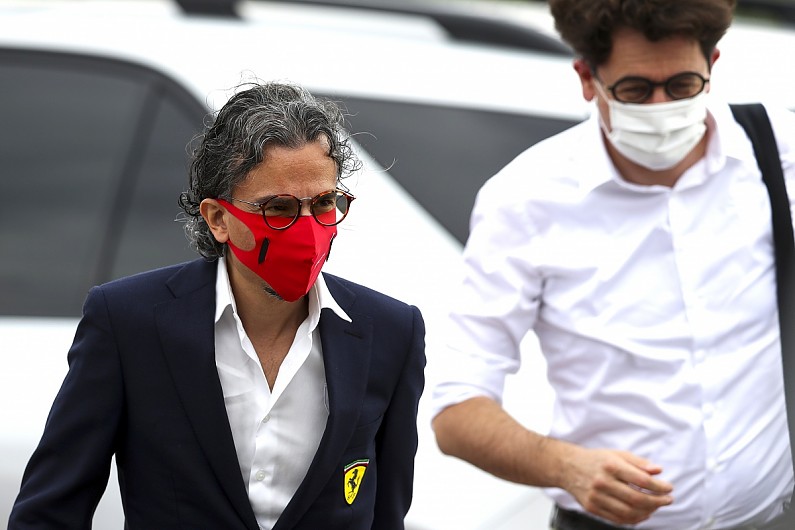 Ferrari is without Binotto in Abu Dhabi this weekend, after he was advised to travel home on medical grounds after falling unwell in Bahrain.

Mekies said he was now much better and would be assisting this weekend from Maranello.

“He was not in a great shape when we were together on Monday and Tuesday in Bahrain so the doctors asked him to go back to Italy, to get the right rest and cure,” admitted Mekies.

“It was nothing to do with COVID. He’s better.

“So I’m sure he will be with us all weekend remotely, as he has been when not being physically at the track.

“[I’m sure] that everything will be back to normal very shortly.”