After the 19 June session of the WMSC, a 25% cut in tyre allocation and a limitation for on-site team personnel attending each race meeting was announced in an effort to reduce the championship’s environmental impact.

Now, as a result of the 9 October gathering hosted by FIA president Jean Todt, for next season the group qualifying sessions will be shortened from six to four minutes in length.

The other key alterations impact the amount of data each of the 12 teams can accrue with a restriction on sensors and vehicle control units imposed.

The FIA bulletin read: “As Formula E prepares to switch status and become a world championship starting next season (2020-21), the FIA World Motor Sport Council has approved the next series of cost-consolidation measures.

“Following measures already adopted by the WMSC on June 19, 2020, production parts – not mandatory related to a single supplier – and spare parts have been limited. 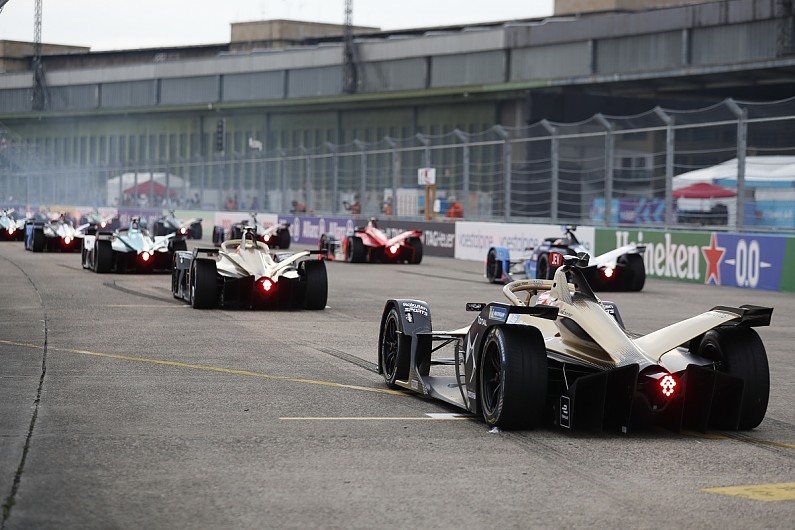 “In addition, data acquisition has been restricted to a certain number of sensors.

“It has also been decided that each entry will now use no more than one VCU (Vehicle Control Unit) software update per competition.

“It has also been decided to reduce the amount of track time for each qualifying group from six to four minutes.”

Due to the fallout from the current global health crisis, FE has also amended its powertrain homologation regulations.

Next season, teams can opt to either carry over their 2019-20 set-up or introduce a new package which they must then retain for two seasons.

The introduction of the facelifted Gen2 Evo standardised aerokit has also been pushed back a season, but could be scrapped altogether with the more powerful Gen3 body kit set to come in the following season.