Formula 2 driver Marino Sato will make his Formula 1 test debut next week in Abu Dhabi after being named in AlphaTauri’s line-up for the running at Yas Marina.

Sato, 21, moved up to F2 full-time this season with Trident after six appearances for Campos the previous year, having also won the 2019 Euroformula Open title.

The Japanese driver picked up one point across the 24-round F2 season, finishing eighth in the Mugello sprint race.

Sato will link up with AlphaTauri for next Tuesday’s young driver test in Abu Dhabi, partnering Yuki Tsunoda (below) in the team’s two-car entry for the running.

“I am extremely happy to be given this opportunity from AlphaTauri to drive an F1 car,” Sato said.

“We will try to do as many laps as possible to get used to the car quickly and to learn maximum out of it for whatever comes in future.

“Obviously to be driving an F1 car is the dream of every racing driver, for sure I will enjoy a lot around Abu Dhabi!”

AlphaTauri team principal Franz Tost said he was pleased to welcome Sato to the team for the running, feeling it was a deserved test after a “solid job” in F2 this year.

“We are convinced he can do a good job as he is a skilled driver,” Tost said.

“The plan for the test is simple, getting him to do as many laps as possible to give him a good feeling for an F1 car. 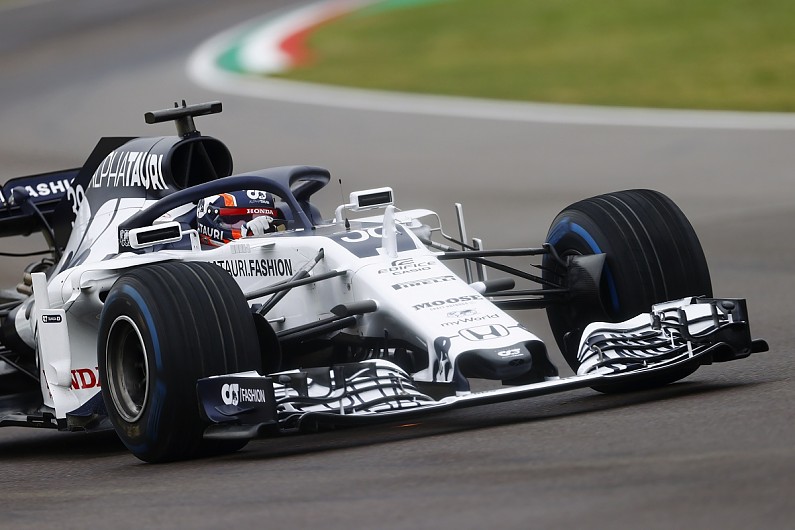 “This test will be very useful, both for us and for Marino and we will do our best to help him understand how an F1 team operates in all its different aspects.

“In addition, from a technical point of view, he will certainly learn something from which he will benefit next year, when he will continue in the F2 championship.

“I think this is a very good preparation for his future and it’s a pleasure to be part of his development towards what we hope will be a very successful career.”

Sato is currently taking part in F2 post-season testing in Bahrain with Trident before heading to Abu Dhabi for the F1 running.

Teams are permitted to enter two cars to the Abu Dhabi test, although not all will partake in what was initially slated to be a day solely for young drivers.

The FIA has since opened up the test to any driver who did not race full-time in F1 this year, allowing Fernando Alonso to link up with Renault for the day ahead of his 2021 race comeback.