Silverstone announced on Thursday that it would be hosting a full crowd for its F1 race on 16-18 July as part of the UK government’s Event Research Programme for large events.

It will make the British Grand Prix the first race since the start of the COVID-19 pandemic to run in front of a capacity crowd, having been staged behind closed doors last year.

Seven-time British Grand Prix winner Hamilton felt “split” about the news, saying that he was excited to see the fans return but was uneasy about the rising COVID-19 case numbers in the UK.

“I can’t tell you how excited I am to see people, and to see the British crowd, because it is the best crowd of the whole year,” Hamilton said. 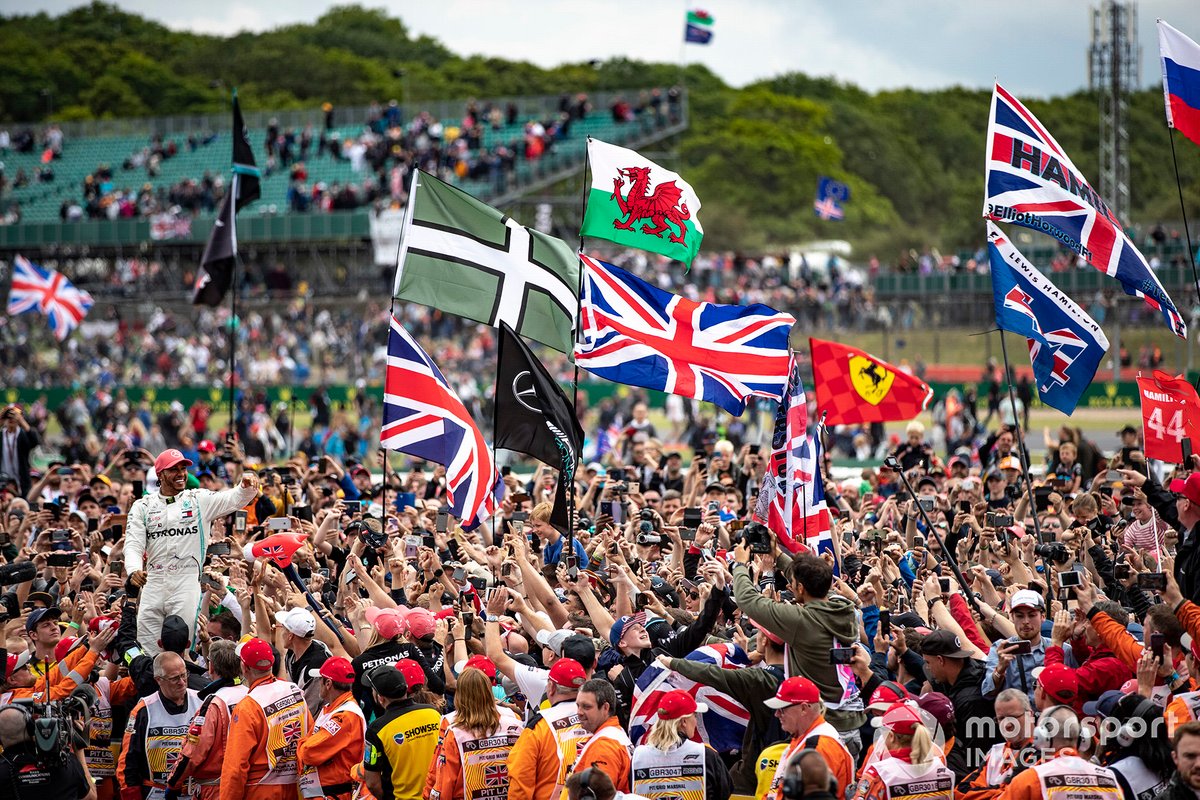 “Last year we didn’t have them, so to be able to see them and feel the energy that they bring into a weekend.

“On the second, of course I watch the news and I hear about the cases going up in the UK. So on that side, I worry for people, naturally.

“I don’t want to turn it into a negative. I am excited to see so many people. The selfish part of me, I want to see all the people there.

“But I turn on the news this morning, and I’ve been watching it these past days, and I know that the UK rates have increased since people are loosening up a little bit, and not everyone is vaccinated.

“I do worry about people. I read that the vaccinations is good, there’s less people being in hospital. But I don’t know. It feels a bit premature to me.

“But it’s not my choice. People go there, I hope we learn something from it, and I hope people stay safe, keep their masks on. That’s what I’d encourage everyone, continue to wash their hands, continue to wear your masks, particularly in those big crowds.”

F1 organisers have already confirmed that fans attending must complete a lateral flow test within 48 hours of arriving at Silverstone or have received both of their COVID-19 vaccinations.

While Hamilton called the move “great”, he said it did not change his view on it being too much too soon for F1.

“I think as I said, it’s been great that we’ve had people, even in the last race, and I’ve not heard any negative things come from the last race,” Hamilton said.

“I like to err on the side of caution, and slowly build up, rather than full pelt.

“And using our British fans as a test pen, I’m, yeah…”