F1 will soon be “the best it’s ever been”, says ex-Renault boss Bob Bell – Thinking Forward

Bob Bell has enjoyed a stellar career as a top engineer in Formula 1 with McLaren, Benetton, Jordan, Renault, and Mercedes.

He was technical director at Renault during the Alonso title winning years, then team principal after the departure of Flavio Briatore. More recently, he was one of the architects of the current Mercedes F1 juggernaut.

He has always been a passionate advocate for re-purposing F1 technology and techniques to benefit wider society. In 2019 he put his money where his mouth was and formed a voluntary organisation called Grid4Good.org, enlisting free help from F1 teams and engineers to solve problems outside the racing world.

This year the group was centrally involved in the F1 response to COVID-19, helping speed up the development of respirators for severely ill patients, among other COVID response projects.

In the latest #ThinkingForward interview with the sport’s leaders and influential thinkers, Bob explains the Grid4Good mission, explains why he believes F1 is about to enter a golden age and looks ahead to a time when F1 and Formula E could merge.

The full interview is available on the podcast and video. 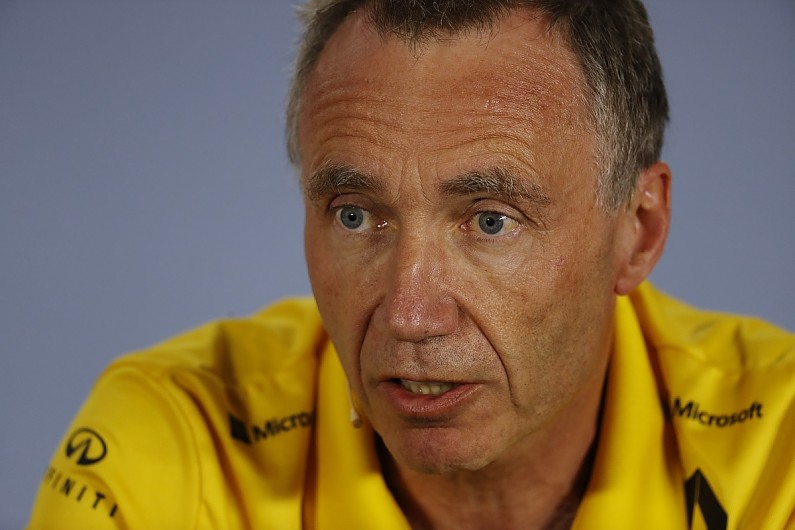 Bob, how did the Grid4Good initiative come about?

I turned 60 a couple of years ago, and I’ve always promised myself that when I reached that point, I would step back from racing and do something different, something for society. I think motorsport does a lot for society, I’m proud of what it does. But for me personally, to do something a little bit more direct would be good. At the start of 2019 with a couple of colleagues from F1 we started Grid4Good with the idea that, in the background, we could and take on projects in the not-for-profit sector and hook them up with potential free or low cost solution providers from the world of motor sport. We’ve helped a couple of UK charities revamp their PR and marketing, a couple of F1 PR agencies did that for us for no fee. And we got an F1 team re-engineering electric wheelchairs. The COVID crisis came at the start of this year and the pit lane banded together to offer their support to government to help some of the technical challenges around that. Grid4Good were part of that through the ‘Project Pitlane’ initiative. It proved the concept in a way that I could never have hoped for. We have a few legacy medical related COVID-19 projects on the go. And always on the lookout for new ones.

You mentioned Project Pitlane, an amazing reaction from Formula 1 teams. What was so striking about it was not just the innovation, but the speed of reaction. Normal medical processes to build respirators take a long time but F1’s speed of reaction was what stood out about that episode.

Absolutely. It’s the speed of reaction. What F1 brings is this ‘can do’ attitude – which is beginning to diminish in the world. The world is becoming more complex, more bureaucratic, more difficult to operate in. And I think the whole COVID situation and the motor sport community’s reaction; it wasn’t the technology that was important, it was the fact that we were able to do it in the time that we did. You give us a challenge, we’ll find a solution with the tools we’ve got faster than anybody else, because that’s what we’re paid to do. 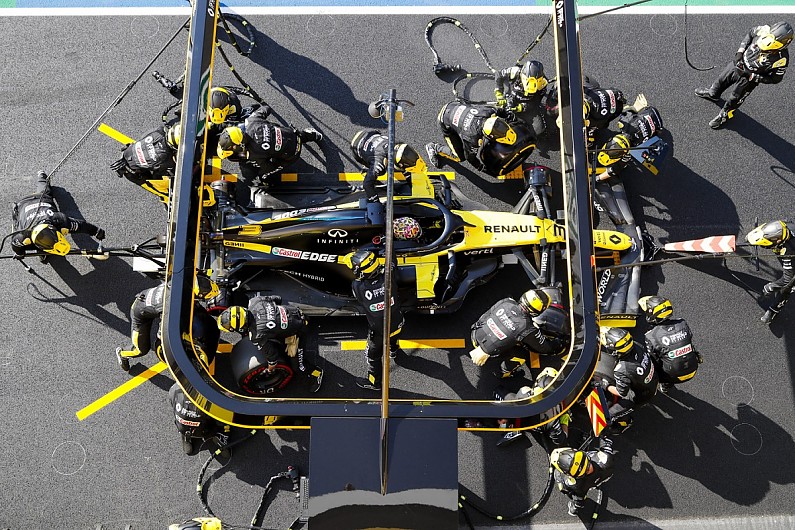 You’ve long believed the transfer of technology and processes, from motorsport to wider society, is incredibly important. A lot of people don’t realise seat belts, disc brakes and deformable crash structures – many things that are in everyday life – originated in motorsport. You must feel pretty gratified that that’s actually being recognised now.

Yeah, I’m really proud of the whole industry for that. You mentioned some of the specific pieces of technology that have transferred to broader society for the greater good. But I think one of the things that goes under the radar that motor sport – particularly F1 – brings is techniques and methodologies. For example, we make extensive use in F1 of computational fluid dynamics to design the aerodynamics of cars. In the COVID crisis, we used computational fluid dynamics to analyse particle aerosol motion from patients who are being treated in hospital. When they cough, if they’re having intubation procedures carried out on them, where do the aerosol particles go? How long does it take to evacuate the room? These are really challenging problems to analyse, that can only be done using CFD. We have expertise in doing that quickly, getting believable answers.

We’re seen a strong shift towards purpose-driven motorsport. It’s true of all sports, but certainly with our sport, that just being an entertainment platform isn’t going to be enough, going forward, especially for the millennial audiences. Sustainability, diversity and accessibility – we’ve seen demand for all of those things accelerate. And the social justice piece is becoming bigger and bigger in sport. What do you make of what’s happening?

It’s a really big thing, particularly for the big organisations that own Formula 1 teams: corporate social responsibility. These organisations need to become much more cognisant of the social issues in the world and that filters down to their racing teams. It’s becoming really important because society is changing. The younger generation, the fans that we’re trying to capture and keep, they demand something different of us from what their predecessors did. If we don’t acknowledge that and react to it, we will lose them. I think F1 under the new leadership of Liberty, with Ross (Brawn) and Chase (Carey) are doing everything they can to make sure that Formula 1 is on top of that. And it’s not just environmental issues, it’s a lot to do with inclusivity, things like STEM (Science, Technology, Engineering and Maths) topics, diversity, equality and fairness. 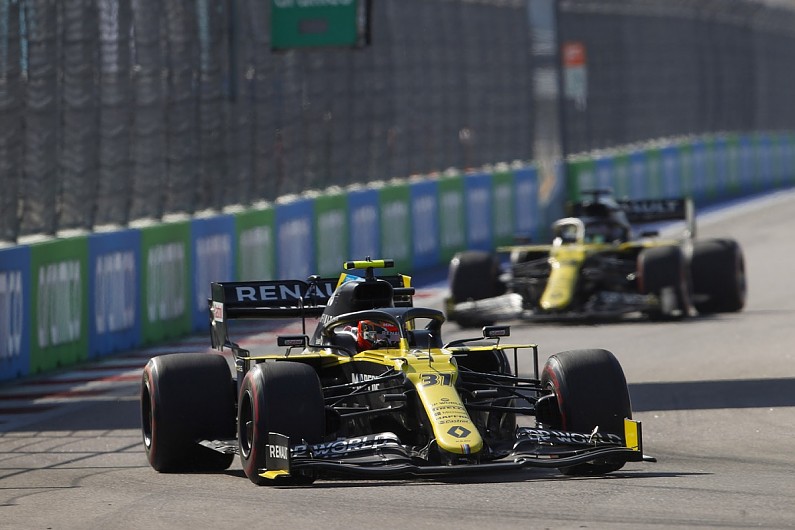 Last year, I met some of the young engineers at Mercedes and quite a lot of them were female. And looking across the paddock, quite a number of the senior race strategists now on F1 teams are female. Do you sense that female participation is growing within the sport and that the faces on the pit wall five or ten years from now will be quite different in the key positions?

Oh, absolutely. And it’s to be welcomed. But I think the problem starts earlier in society than the point where it reaches motorsport, I think there is a problem that starts from the first days of schooling. There is a need in society to interest a much bigger sector in becoming engineers, scientists. I think we need to work at all levels from grassroots, from primary school up, we need to engender a culture of interest in subjects that have traditionally been considered white male territory, the sciences. F1 and motorsport can do its bit. But we need to see change further down the scale as well.

This has been an important year for F1, getting the Concorde Agreement signed, a sensible budget cap and levelling-up measures, which I never thought we would see in Formula 1. It’s brought stability at a difficult moment. But with all your experience and with your crystal ball, do you think the sport will actually be able to capitalise on that and be the best version of F1 that it can be in the future?

Absolutely. F1 is always good. I think what we’ve now got, and what we will evolve to will be the best it’s been. The direction it’s going, with genuine attempts to take cost out, is absolutely crucial. You cannot justify the budgets involved in going F1 racing with the rest of society, that’s not sustainable. And we need to level the playing field; that won’t happen by itself. It’ll only happen by strong governance and that’s what we have with Liberty ownership of F1 and with the FIA. I don’t think it will diminish the sporting spectacle in any way. It’ll still be great racing, we still have great champions, great drivers. And Formula 1 isn’t just about what happens on track; increasingly what happens off the track is of great interest to the public and the fans. The success of the Netflix series, ‘Drive to Survive’, the increase in social media, people want more than just the racing on a Sunday afternoon. To be a sustainable Formula 1 has to change and reflect the wants and needs of a potential fan base. Otherwise, it’ll just wither. Then where does the future of the sport lie technically? We have this challenge ahead of us; Formula 1 is essentially a hybrid formula at the minute dominated by internal combustion engine technology. We have Formula E running in parallel which is entirely electric. That dichotomy has to be resolved at some point. I’m very optimistic about Formula 1. I think it’s in good shape and the prospects are good. 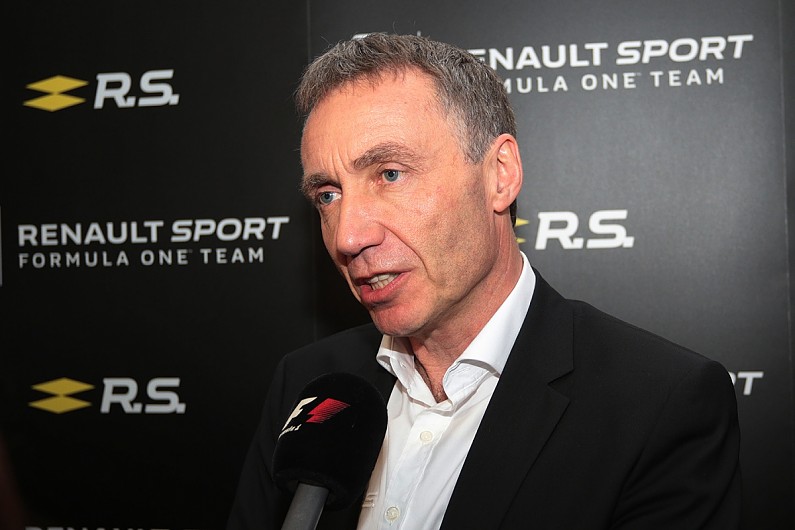 What we’re seeing now is Formula One and Formula E budgets are converging. As you say, at some point in the future, the series are going to have to converge. But obviously Formula E has got the exclusive long-term licence on the electric single seater side. If we look down the track 15, 20 years from now and imagine what motorsport would be, do you do you see it as being electric or hydrogen powered prototype cars as the elite single seaters and at Le Mans? And what about customer racing and production based entertainment categories like NASCAR and Touring Cars? What will the spectrum look like?

I think ultimately it will become very much ‘CO2 zero’ at the prestigious end of the market. Formula 1 and Formula E will resolve their differences and probably end up with one championship, whatever that looks like. Same for Le Mans – these formulas will head towards all electric or hydrogen-powered or whatever comes our way. I think there will still be a place in the hearts and minds of many people for racing that harks back to a different era. I think there are a lot of elements of racing, particularly at grass roots, formulas that are perhaps still slightly out of date, it’s important to have that heritage. The big picture stuff, sustainability can all be done by the big categories up towards the top. Where Formula 1 and the big categories make a difference is leading the charge, demonstrating technologies that will be applicable across the globe to help develop technologies as fast as possible.