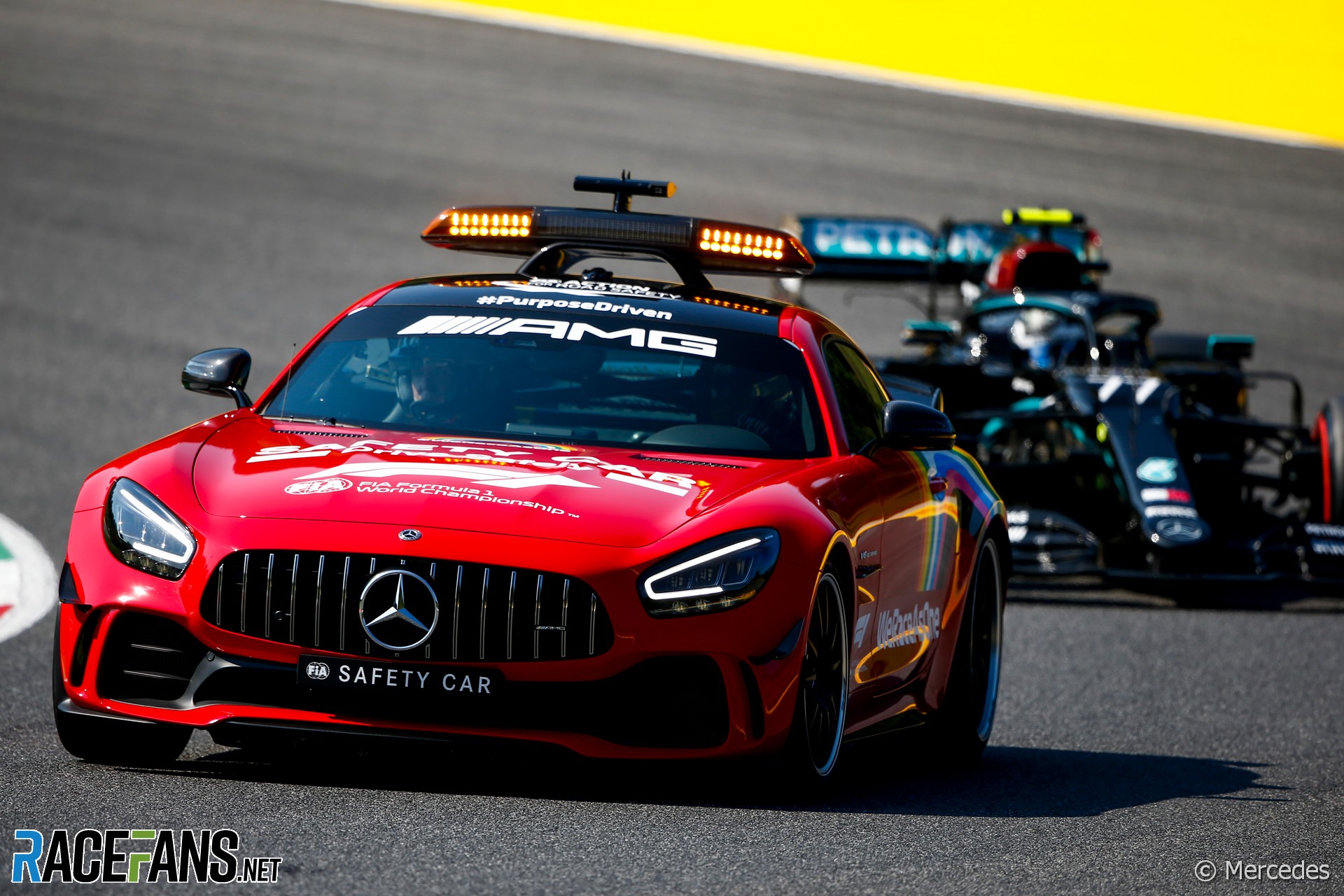 Four drivers were eliminated in a pile-up during the race’s only Safety Car restart. The same four, plus eight others, were given formal warnings for their roles in the incident.

Several drivers called for changes to be made in response to the crash. However on Sunday evening Masi said: “I don’t think there’s any need to review the Safety Car restart rule.”

Masi said the usual procedure to initiate a restart was followed at Mugello.

“The first phase is that we advise all teams through the messaging system, which is also what’s seen on the graphics, that the Safety Car is in this lap,” Masi explained. “So that therefore prepares all of the teams to advise their drivers accordingly.

“From there, the next point is that – at a predetermined point at each circuit generally – the Safety Car boards are withdrawn, however the yellow flags continue to be displayed. Then, once the Safety Car is clear of the circuit, the yellow flags are withdrawn and the green flag is displayed at the control line only. And that’s really the phases of it.”