Formula 1’s income recovered in the third quarter of 2020 but it remains well below the originally anticipated levels – and a $104m loss was made due to COVID-19’s impact.

It also declared an operating loss of $104m for the period, having made a profit of $32m last year.

Income from race fees, TV and sponsorship is allocated pro rata per quarter, reflecting how many races take place during the period.

F1’s second quarter results covering April to June were thus not representative of the overall impact of COVID-19, as no Grands Prix took place during the period. The organisation declared an income of just $24m for the second quarter, down from $620m in 2020.

However 10 of the season’s planned total of 17 were held in July to September of 2020, compared with seven out of 21 in the same period last year.

Despite the significantly higher percentage of the races taking place in the quarter leading to a greater percentage of annual income being allocated to it there was a fall in overall income relative to 2019.

This mainly reflected the fact that this year’s events have involved either much-reduced hosting fees, or even in some cases a payment from F1 to the venue.

Liberty Media said: “Results in the third quarter of 2020 were impacted by the absence of fans, the location of races as well as the timing of the revised race calendar and pro rata recognition of certain revenue streams.” 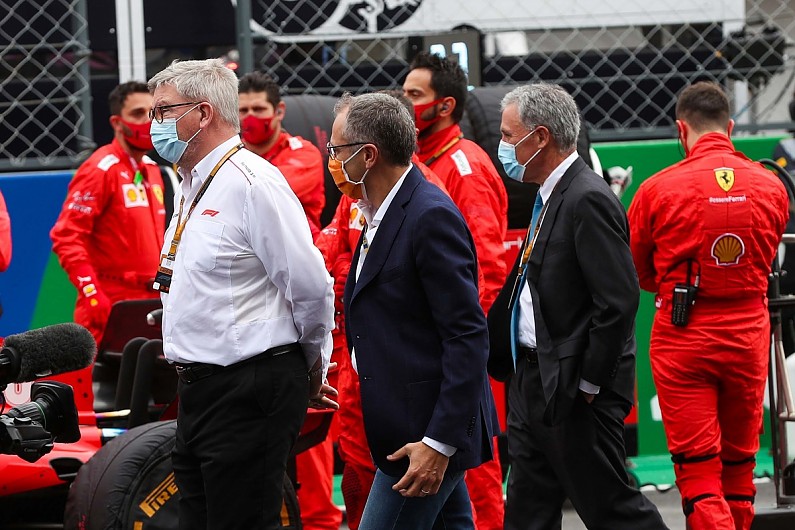 Liberty explained how income from TV and sponsorship contracts has been impacted, as well that from race hosting fees.

It noted: “Primary F1 revenue decreased mainly due to the limited race promotion revenue received since fans were prohibited at all but one race during the third quarter.

“This was partially offset by growth in broadcasting and advertising and sponsorship fees due to the impact of higher proportionate recognition of season-based income with three additional races during the current period, as well as the impact of recognising revenue over fewer races in 2020.

“However, both broadcasting and advertising and sponsorship revenues were lower than originally contracted.

Liberty also admitted that F1 “has been prevented from delivering all elements of a typical sponsorship offering due to the cancellation of races to which contracted sponsorship inventory specifically related, and the limited activities at the races, including hospitality, leading to one-time changes in sponsorship contracts.

“Other F1 revenue decreased in the third quarter due to the non-operation of the Paddock Club and lower freight revenue.”

Liberty added: “Currently, F1 does not expect to have fans at any of the remaining 2020 races.”

In July-September the 10 F1 teams received total payments of $440m, substantially up on last year’s figure of $335m “due to one-time fees paid to teams upon signing the new Concorde Agreement.”