Formula 1 drivers have welcomed the planned changes to Spa-Francorchamps that will result in asphalt run-off areas being replaced with gravel traps at several key corners for 2022.

The Belgian Grand Prix venue confirmed last week that it will be putting gravel at La Source, Raidillon, Blanchimont, Les Combes and Stavelot as part of an €80m revamp that also includes a new grandstand at the top of the Eau Rouge/Raidillon complex.

The changes are being made to ensure that the circuit gets an FIM Grade C licence to hold the motorcycle World Endurance Championship.

F1’s recent visits to circuits like Mugello and Nurburgring have put a further focus on the drivers’ preference for gravel traps.

McLaren driver Carlos Sainz Jr remarked during the Belgian GP weekend that “the only thing Spa is missing now is the gravel and the grass next to the exit kerbs” and made it clear during last weekend’s Eifel GP that he backs the planned changes at Spa.

“Welcome back gravel and pray for more gravel in the future, and grass and everything because it’s exactly what I think we all need to make the circuits nice and spectacular again,” he said.

“I hope there’s something else going on at Spa and they’re not wasting €80m on gravel!

“But welcome back gravel, and let’s keep praying for more gravel and more grass.” 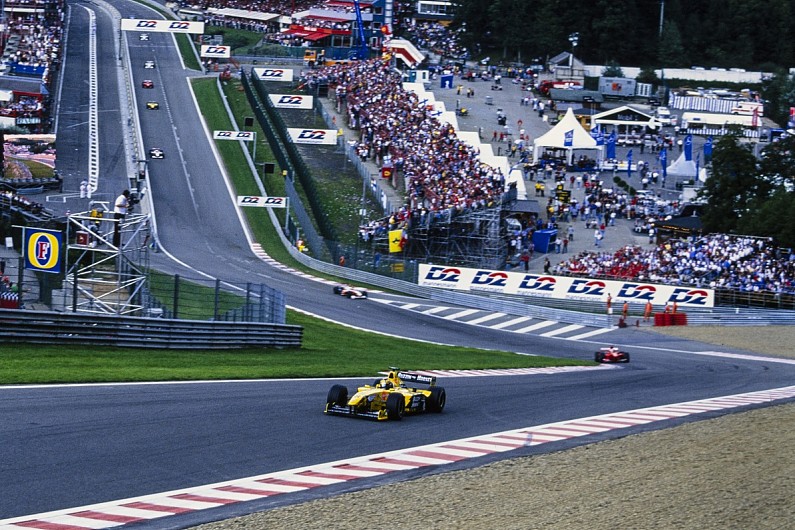 Williams driver George Russell stressed that drivers want to know that a mistake will be costly.

“This is what racing is about,” he said.

“It’s having that thrill, being on the limit, knowing if you make a mistake, you will be punished.

“And unfortunately there’s too many circuits, obviously for safety reasons, that don’t give you that element while driving.

“So gravel was taken away for certain reasons and brought back for others.

“And I think from a driver’s perspective – I don’t know necessarily the whole safety implications – it would be nice to see more pure race tracks again with these gravel run-offs.”

FIA race director Michael Masi said after the Tuscan GP at Mugello that its gravel-lined solution could not be a “one size fits all” solution, but is happy to see gravel traps introduced if they are deemed suitable for the corner in question.

“I’ve said before, corner by corner, circuit by circuit, and if it works in a particular circumstance, absolutely,” he said.

“If it doesn’t work, then we need to look at the whole picture of how it works, and the FIA, working together with FIM, from that perspective. There’s a number of inputs.

“We’ll continue to look at it on a circuit by circuit perspective, corner by corner basis to try and make the best judgement.”