The UK government announced on Monday that it was delaying the end of lockdown in the country by four weeks, until July 19 – the day after the Silverstone race.

The ongoing restrictions mean that there are limits on the number of people able to attend events.

Under the current regulations, outdoor events are limited to 10,000 people or 25 percent of a venue’s capacity, whichever is lower.

However, the British Grand Prix is to be part of the Event Research Programme that has been created to examine the risk of transmission of COVID-19 from attendance at events.

Pilot projects for this have included music concerts, as well as the Euro 2020 football championship and Wimbledon.

At the Euros, the Football Association and UEFA had hoped to increase the current 25 percent capacity (22,500) for England’s group games and first two last-16 matches to a potential 45,000 limit for the semi-final and final.

With the original date for restrictions being lifted on June 21, Silverstone had laid out plans for a sell-out crowd for its race on July 18 – with plans for up to 140,000 spectators to attend on the Sunday. 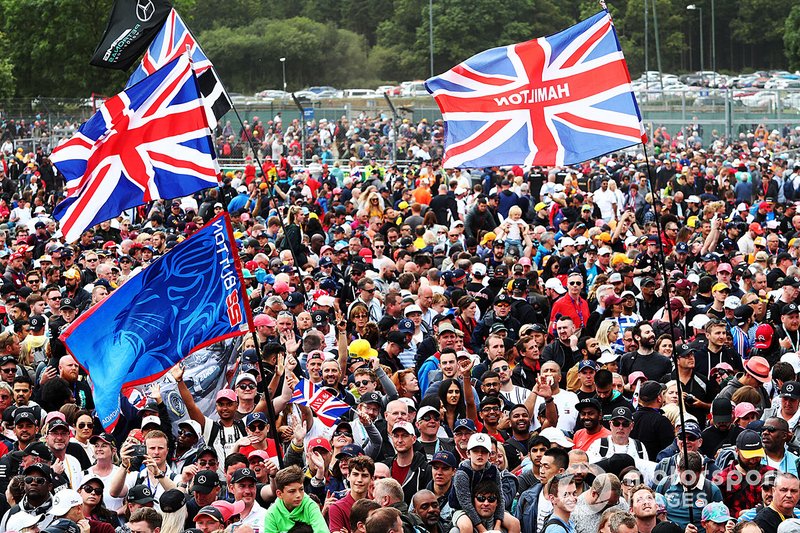 While having unrestricted fan numbers now seems unlikely, there remains hope that the event will still be allowed to admit a bumper crowd.

It is understood that F1 chiefs have been in detailed discussions with the UK government to ensure that the British GP can go ahead with decent figures.

Having joined the Event Research Programme, Silverstone could offer valuable insight in to the viability of loosening restrictions for major outdoor sporting events.

One factor in Silverstone’s favour in a larger crowd potentially being to attend is the fact the venue is spread out over a large area, which means social distancing is much easier to implement that at stadiums or venues like Wimbledon.

Furthermore, its location also means that most fans use their own cars to get there rather than public transport, so there is a limited risk of transmission from those travelling to and from the event.

Talks are expected to remain ongoing for the next few days, with a potential decision on crowd numbers allowed at Silverstone coming later this week.