The Extreme E all-electric SUV racing series faces a legal and intellectual property dispute over the championship’s name from adventure sports company Extreme International ahead of its inaugural season.

As reported by SportCal last week, this concerns Extreme International’s long-term trademark registration of ‘Extreme’ branding in the events category.

The legal case will be heard in formal trademark opposition proceedings in both the UK and Europe early next year if a resolution cannot be found.

Extreme International, which lists as an “iconic action and adventure sports lifestyle brand and community”, operates across design development, the operation of sports and leisure destinations, and media networking.

It has also operated in the automotive events industry – including the organisation of the Extreme Drift All Stars competition series and the operation of Top Gear Live – and lists several Dakar Rally and World Rallycross drivers as brand ambassadors.

Extreme International founder and chief executive Alistair Gosling told Autosport: “The first point is, we very much believe in what Extreme E is doing – it’s fantastic.

“We ourselves, as advocates for climate action, are supportive of Extreme E’s aims.

“As a recent signatory to the United Nations Sports for Climate Action framework, we promote sustainable and responsible consumption and work towards the protection and recovery of our natural world.

“He’s done an amazing job on Formula E. The issue we have is them infringing our registered trademark. 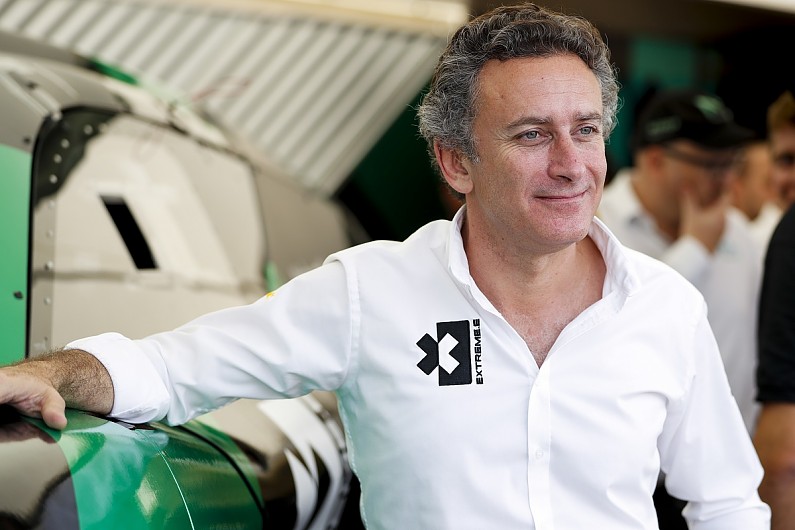 “We have clear legal registrations in the events class, and they have just come in and brazenly used our registered brand name.

“There is, and we are consistently facing, confusion in the marketplace with both businesses and consumers thinking they are us and vice versa.

“We’re fully supportive and positive on one front but would appreciate it if they would kindly respect our intellectual property on the other.”

Gosling also told Autosport that in 2018 he had multiple meetings with representatives of Formula E and presented ideas about demonstrating and racing the cars in remote locations.

XE, which is scheduled to have its official global launch later this month, will initially run standardised ODYSSEY 21 E-SUVs – built by Spark Racing Technology and comprising of two FE powertrains.

Although the start of the season has been delayed from January to March owing to the global health crisis, the championship is set to race in Saudi Arabia, Nepal, Greenland and Brazil.

Following the launch of XE in January 2019, Extreme International attempted to contact XE organisers but was reportedly ignored before having to involve its lawyers to get a response.

According to Gosling: “We tried to find an amicable solution, suggesting routes such as co-existence agreements, but ultimately they stopped engaging with us.”

A March or April date is being set to mark the first stage of the intellectual property rights proceedings.

“It is clear their lawyers are trying to delay things, as you’d expect,” said Gosling.

“But we’re confident in our position and that justice will prevail.

“If Extreme E really wants to use our brand name and registered IP, then let’s sit down and have a conversation.”