Evans crashes out of Rally Monza, Ogier in line for seventh title – WRC

As snow continued to fall on the closed road stages on the final full day of competitive stages, Evans slid wide near the end of the 11 km Gerosa stage and dropped off the road into the woods.

Toyota team-mate Ogier was the next car through, and it was only a warning from his team-mate that prevented him from going off at the same point.

“My first reaction was ‘don’t do the same’, it was incredible,” said Ogier at the end of the stage.

“The corner he went off, I mean there was nothing you can do, it’s like being on ice.

“[Evans and co-driver Scott Martin] slowed me down and I make just the corner. So it’s just like, I’m very sorry for him.”

Ogier needs to score 15 points more than Evans in order to win his seventh WRC title in eight years.

He holds the overall lead by 22.3 seconds from Hyundai’s Dani Sordo with two stages remaining on Saturday and a final three stages within the Autodromo Nazionale di Monza on Sunday morning.

“Honestly with what I have still ahead the championship is not over,” Ogier added.

“I have to make it through and it’s a very big challenge.

“I mean we had a good fight, we had good fun, but now the last moment is not like fighting, it’s surviving.” 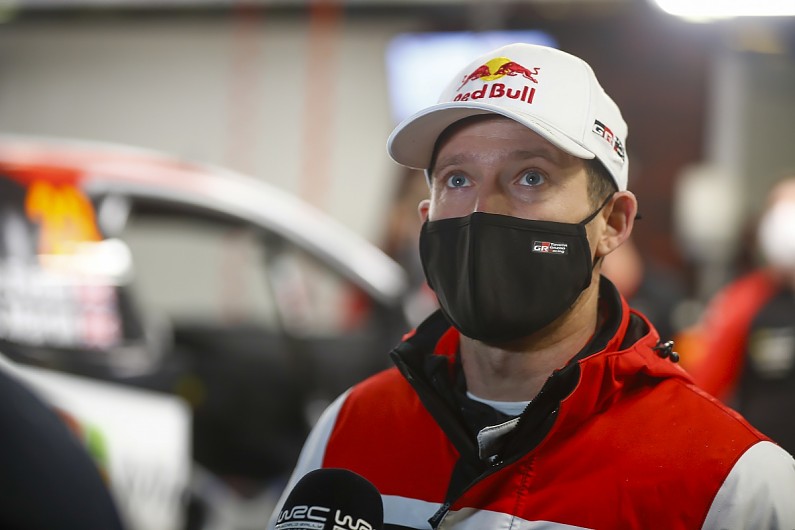 Earlier on Saturday afternoon, the second pass through the Selvino stage had to be abandoned following two significant accidents on the same corner.

Both the M-Sport Ford Fiesta WRC of Gus Greensmith and the Hyundai i20 WRC of Ole Christian Veiby came to grief on the same bend, 22 km into the 25 km stage.

Greensmith arrived at the downhill right-hander with no traction, hitting the guardrail on the outside of the road, which threw his Fiesta into the rock face on the opposite side before rolling back into the woods below.

Veiby then hit the same piece of guard rail that had collected Greensmith, tearing much of the front end off his car and leaving it broadside across the road.

All four crew members emerged safely from the wreckage.