Despite the Emilia-Romagna Grand Prix at Imola being a two-day event my weekend starts on Wednesday with pre-flight Covid-18 testing. It’s nip and tuck: Overnight Brussels Airport restricts tests to folk departing from this airport due to capacity issues. I’m flying from Charleroi with Ryanair after Brussels Airlines cancelled my trip – the seventh such occurrence this year, some multiple times – so am turned away.

I’d met the local Covid-19 co-ordinator during the Belgian Grand Prix so call him; problem solved. Six hours later I happily receive a negative result, so prepare for my first flight since March.

After flying to Bergamo, my route to Imola takes me past Mantova so I detour to the Museo Tazio Nuvolari, housed in the legendary driver’s hometown. The museum is closed by government decree but I call and explain my F1 connection, upon which they most kindly allow me in for a peek.

I spend an hour marvelling at the career of ‘The Flying Mantuan’, which took him from motorcycles through the Enzo Ferrari-run Alfa Romeo team to Auto Union, in the process claiming the European championship – then the unofficial world championship – plus Mille Miglia and Le Mans victories.

The museum is as I imagine the man whom Ferdinand Porsche considered “the greatest driver of the past, present and future” to be – compact, modest and utterly passionate. 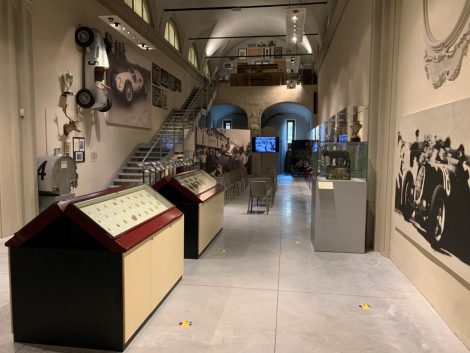 Later I arrive at Imola circuit around noon and have another Covid test – the FIA tightened up on its procedures and now demands on-site tests within 24 hours of arrival. The good news is another negative result, which sees me through to Monday’s return flight.

The rest of the day is spent zooming FIA conference, which features team representatives in addition to drivers due to the two-event format. While the concept of drivers and team executives on the same platform is novel and made for fancy footwork at times, it meant there was no full-on Friday team boss session. Hopefully this does not become the regular format.

After the day’s proceedings I head for my hotel in Dozza – 10kms away – and reality hits: no restaurants open due to lockdown, but fortunately I’d lunched on panini, which sees me through. 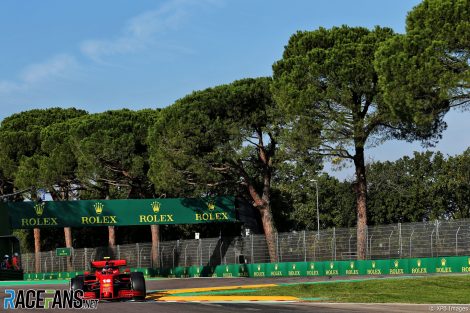 It seems strange to go in early on Saturday, but the revised format means a single 90-minute practice session starting at 10am, with qualifying at 2pm.

I’d last been here in 2006, and much as I love this traditional circuit which oozes passion out of every tarmac pore, I recall lamenting that Roland Ratzenberger – who died here on April 30th 1994, the day before Ayrton Senna was also killed – is not remembered whereas Imola is a shrine to the Brazilian. Indeed, I wonder whether the circuit’s management is ashamed of Roland’s death yet cynically sees that of Senna as a profit opportunity.

I’m later sent photographs of this year’s race trophies, which have diamonds depicting Tamburello, scene of the Senna tragedy, yet nothing at Villeneuve Corner, scene of Ratzenberger’s accident and itself named after another departed driver. It is only fitting that a proper memorial be erected to the Austrian battler. A link to this diary has been sent to circuit management.

Between sessions I meet outside the media centre to swap gossip with team personnel. The chats underscore my gathering belief that the media is exiled not for social distancing or hygiene purposes, but for other reasons. We park in the same area, walk through the same underpass tunnels, fly on the same flights, shop in the same malls and stay in the same hotels. Yet, at the circuit we are regarded as unclean… 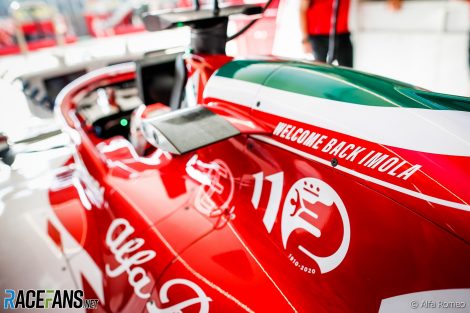 Clearly the entrance to hospitality and garages should be restricted, but paddock access – via dedicated media turnstiles – could be permitted provided distancing and hygiene formalities are respected. After all, what is the difference between TV crews and journalists? The former group pays and the latter reports news.

Another example: Imola’s media centre is perfect for the job, being a glass-fronted room overlooking the start area, yet we are banished to a marquee with no track view after F1 hijacked the media centre for use as its high-end Paddock Club. The irony is hospitality has since been forbidden, but the lean-to had already been erected.

A very pleasant surprise was a visitor from Ferrari bearing a beautiful 18th–scale model of the SF90, which fits my hand luggage as though tailored and will perfectly complement the collection I’ve been fortunate enough to amass. Much appreciated! 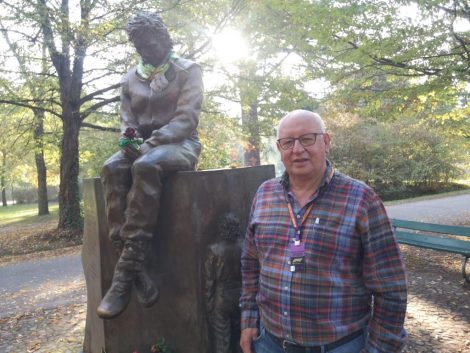 Off to a grand prix held later in the year than any European round in the 70-year history of the world championship, albeit by a week. I’m early so wander through the (deserted) Tamburello public area to the Senna memorial to pay my respects. I wish I could do the same for Roland, but there is no way of accessing the corner without breaking Covid-19 protocols.

The morning is filled with various chats, then it’s lunch time – superb pasta, this time followed by crème brulèe – and then I head for grandstand area outside the ‘proper’ media centre, open to the media provided social distancing is maintained. It’s obviously not the same as a grid walk, but certainly a step in the right direction.

An amusing anecdote: Imola’s race was traditionally named the San Marino Grand Prix, and F1 was keen to maintain the convention. The principality jibbed at paying the asking price, so the local region picked up the tab, hence the wieldy title Emilia-Romagna Grand Prix. But lanyards for single event passes bearing the blue and white flag had already been printed…

With a 1:10pm start the race is over by 3pm, with the last of the media sessions sorted by 5:30pm. A word of congratulations to Mercedes for its stupendous achievement in winning seven consecutive constructors titles to break Ferrari’s record of six. 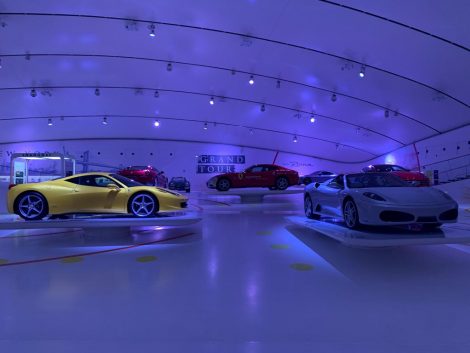 I depart the media centre after a thoroughly enjoyable weekend at an old-school circuit, one steeped in history and tradition. I doubt we’ll be back unless Covid prevails for another year – and more is the pity for it is deserving of a place on the calendar. However, FWONK share prices prevail.

By 8pm I reach Modena, where I’ll visit the Ferrari Casa Museum early on Monday before flying back from Bergamo. The museum is sits on the property housing the family home and workshop at the time of Enzo’s birth in 1890 – and is not to be confused with the more sporting museum in Maranello. This is more road cars, although the Scuderia’s motorsport history remains very much in the forefront via an F1 engine display.

Which one to visit, Maranello or Modena? Easy: Both, particularly given the ticket is valid in both and they are just 20km apart. That’s it from Italy – I won’t be in Turkey due to flight uncertainties, but plan to attend the final three rounds in the Middle East. Take good care until then.