Seven modernised examples of the Jaguar C-type sportscar will be built by Ecurie Ecosse to mirror the seven chassis raced in period by the famed Scottish team.

Ecurie Ecosse, most celebrated for its 1956 and ’57 Le Mans 24 Hours victories with the D-type, was revived in 2011 to mark the 25th anniversary of its world sportscar C2 class title win.

Then in July 2019, it announced the LM69 – a road-legal track car inspired by the never-raced Jaguar XJ13 – of which 25 will be built to comply with the 1969 FIA homologation regulations.

Its current owners, led by Alasdair McCaig, have now revealed plans to build seven new C-types – the car driven by Duncan Hamilton and Tony Rolt to Le Mans victory in 1953 for the Jaguar factory team – to pay homage to the seven cars the team raced in period to score 59 podiums.

McCaig said: “How better to celebrate the historic success of the Ecurie Ecosse C-types than to manufacture a batch of cars in their honour?

“The seven priceless chassis raced in period still exist today, coveted by their lucky owners, occasionally seeing the light of day for race or concours events. 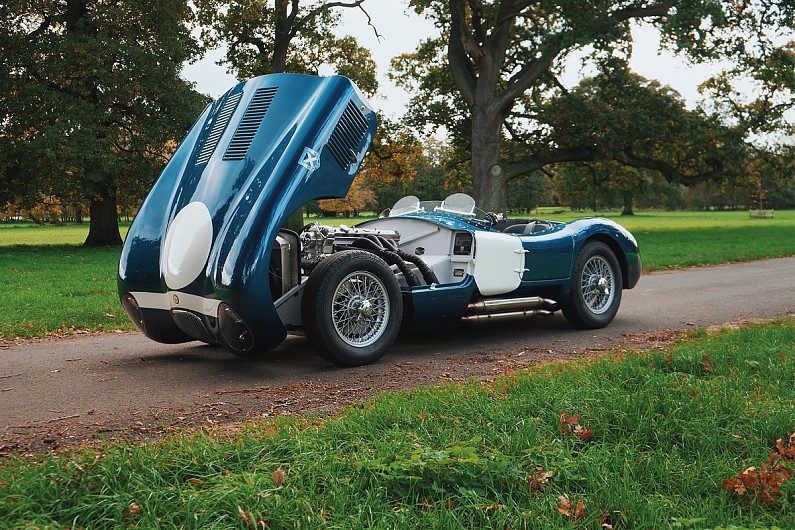 “We are paying homage to these cars by creating a numbered sister car to each one.

“Meticulous in their detail, like their forebears, hand-built in Coventry and tuned by Ecurie Ecosse technicians.”

While most recent high-profile continuation projects – despite advances in machining and material technology – have been billed as ‘exact recreations’, Ecurie Ecosse has openly developed the C-type for this new run of cars.

The steel spaceframe chassis will be wider and stiffer than the originals and laser-cut, the suspension and pioneering disc brakes have been uprated and the four-speed Moss gearbox has been updated to a five-speed set-up.

Similarly, the original 3.4-litre twin-cam XK engine borrowed from the XK120 will increase in capacity up to 4.2 litres and take on fuel injection instead of carburettors to boost power to 300bhp.

Ecurie Ecosse reports that the first example is complete and available for viewing and test drives as the Henley-on-Thames dealership.

Last year, it was announced that three BRM V16 Grand Prix cars would be built as well as six Vanwall VW5 – as driven by Stirling Moss and Tony Brooks to the inaugural Formula 1 constructors title in 1958 – for £2million each.