Audi driver Loic Duval will skip the second of the DTM’s two Zolder rounds to contest the IMSA SportsCar Championship’s Petit Le Mans, with Benoit Treluyer set to replace him.

Frenchman Duval will share the #5 JDC-Miller Cadillac DPi-V.R in the 10-hour endurance race at Road Atlanta on 17-18 October with compatriots Sebastian Bourdais and Tristan Vautier, after Bourdais’ regular co-driver Joao Barbosa parted ways with the team.

It will mark Duval’s second IMSA outing with the team in 2020 after the season-opening Daytona 24 Hours, where he joined Bourdais and Barbosa to finish third.

Duval, who currently sits fifth in the DTM standings with the two Zolder rounds and Hockenheim finale remaining, will therefore miss a DTM weekend for the first time since his series debut in 2017.

While factory drivers from the Audi stable have traditionally given priority to the DTM over clashing commitments, the Ingolstadt-based marque is giving its drivers more freedom to contest other championships following its decision to withdraw from the DTM as a factory entrant after 2020.

An Audi spokesperson has told Autosport that three-time Le Mans winner Treluyer will be called up to take the second Phoenix Audi seat alongside 2013 champion Mike Rockenfeller, who has previously been a part of Corvette’s IMSA roster.

Treluyer serves as Audi’s official reserve driver and most recently tested its RS5 DTM car at Spa in July ahead of the start of the coronavirus-delayed 2020 season.

Although Treluyer has never contested an official DTM race, he did take part in last year’s joint event with Japan’s SUPER GT series at Fuji Speedway, finishing as the top driver in a DTM car in sixth in the first race.

Mazda to cut back to a single IMSA entry in 2021 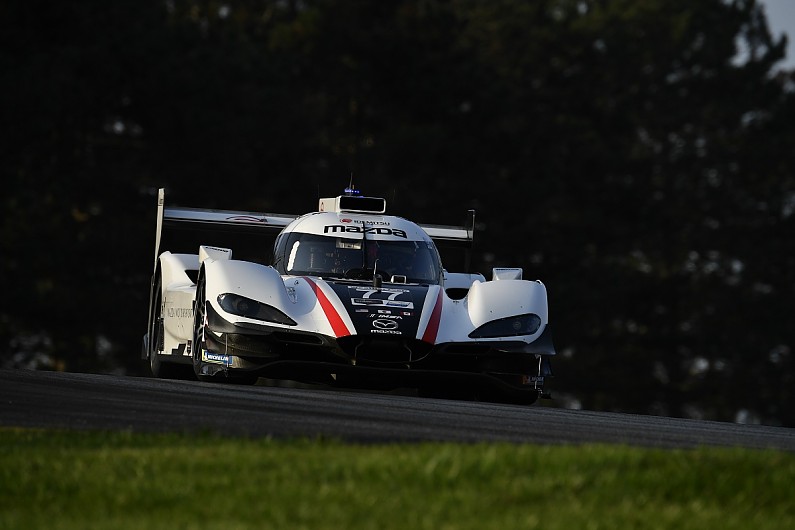 Meanwhile, Mazda has announced will have a reduced presence in IMSA next year, running a downsized single-car effort for British pair Oliver Jarvis and Harry Tincknell.

The Multimatic-based Mazda has won three times in IMSA competition, following three victories last term with a 1-2 in the 2hr40min race at Daytona in July headed by Tincknell and Jonathan Bomarito.

The pair are fourth in the championship, just eight points off the lead, while Jarvis and Tristan Nunez are sixth in points.

An official statement said that “as Mazda looks to the future of its motorsports program, resources will focus on evaluating the LMDh category” that will replace the current DPi formula in 2023.

It added that Bomarito will be retained for endurance races in 2021, while Nunez “will continue to work closely with Mazda as a brand ambassador and assist with vehicle dynamics”.